Following cancelation of Jabberwocky, no one knows where ticket holders’ money went 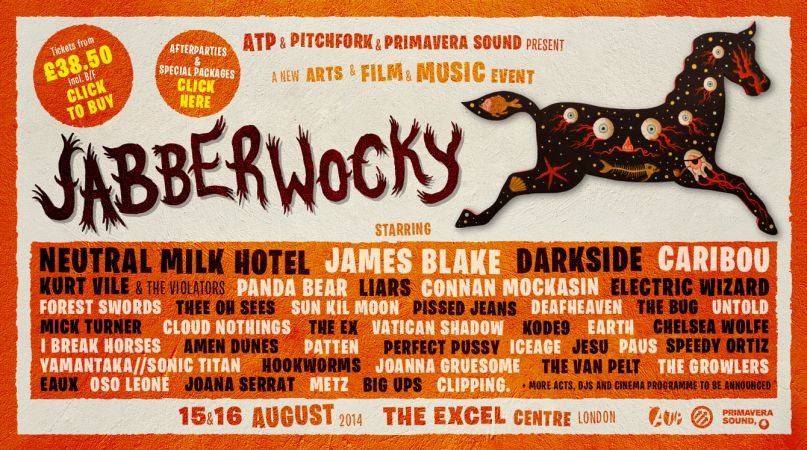 Yesterday, we reported the news of Jabberwocky Festival’s last-minute cancelation. With the announcement coming just 72 hours before festivities were set to begin, the news caught both bands and festival-goers by surprise; after all, just one week prior, festival organizers said the event was close to selling out. Now, adding to the frustration, ticket holders are finding it difficult to obtain refunds, and the reasoning is particularly alarming: Neither the festival organizers nor the ticket retailer seem to know where the money went.

In a statement posted to its Facebook page, organizer All Tomorrow’s Parties has advised Jabberwocky ticket holders to contact Dash Tickets for refunds. “It is their responsibility to refund the customer, as they were the company that took payments; not ATP,” the statement reads.

However, Dash contends that ATP’s statement is “deliberately misleading,” as the ticket outlet has already provided the festival with all the money received via ticket sales. In a statement to NME, Dash added that are “very keen to learn where the money has gone” and are pursuing legal action to recover money they have spent as part of their business relationship with the festival.

“Our trust in ATP seems to have been misplaced, as their emails to fans and customers today concerning refunds have become deliberately misleading. It is for this reason that we feel compelled to make it clear that Dash has given to ATP all funds that Dash received for ticket sales to Jabberwocky. In addition to giving ATP all the ticketing funds, Dash has made substantial advances to ATP which remain unpaid, as do considerable fees for the work we have undertaken on their behalf.”

Meanwhile, All Tomorrow’s Parties’ publicist, The Zeitgeist Agency, is also taking legal action in order to recoup money owed, saying in a statement: “Willwal Ltd (aka All Tomorrow’s Parties) have failed to pay us for several months. We have tried hard to overcome this situation and find solutions, but Willwal’s representatives have revealed to us in writing that they used the funds destined for us in order to protect payments for venue and artists, rather than settle essential and agreed amounts to our company. This situation has left our company with no alternative but to pursue Willwal Ltd by instituting legal proceedings on the 20th July to recover the substantial debt, to which Willwal Ltd have not responded. This is a course of action which as you can imagine, we have been very reluctant to take.”

As for the Jabberwocky attendees who now find themselves in London for the weekend, a Facebook group aptly entitled, Jabberwocky Fallout, is compiling the various replacement shows scheduled by bands who were originally supposed to play the festival. As of publication, it has already accrued 3,000 likes.