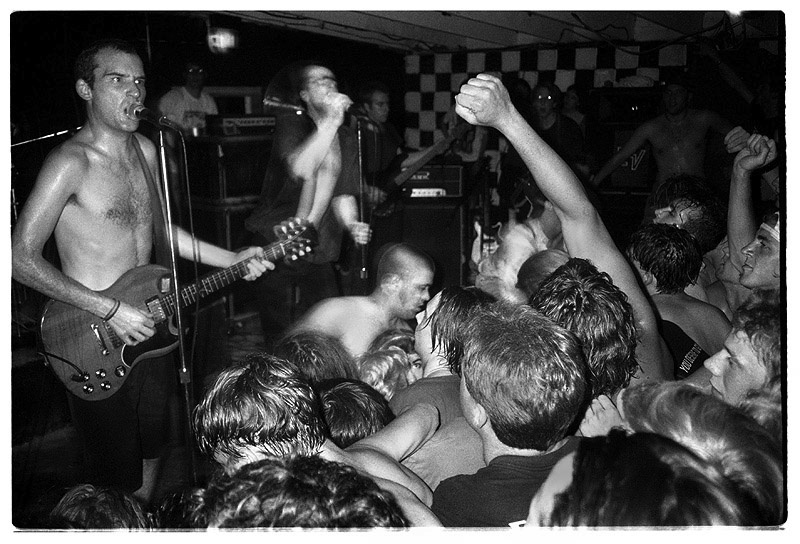 It took nearly 30 years, but Fugazi’s First Demo will finally see an official release later this year thanks to their longtime label, Dischord Records.

According to the label (via FACT), the studio session for Fugazi’s First Demo originally took place in January of 1988, after Ian MacKaye and co. had just 10 shows under their belts. Of the 11 songs recorded, 10 made the final cut onto cassette tapes that were then distributed for free at concerts.

Dischord’s release not only features all 10 songs on the demo, but also “Turn Off Your Guns”, the lone track that never made it onto the original First Demo cassette tapes. Mastered by TJ Lipple (MGMT, Asobi Seksu), it will be available for purchase as a CD, LP, and MP3.

The release is set to coincide with the “completion of the initial round of uploads” to Fugazi Live Series, the website which details Fugazi’s thousands of live performances and houses some 900 recordings.

Below, listen to “In Defense of Humans”: