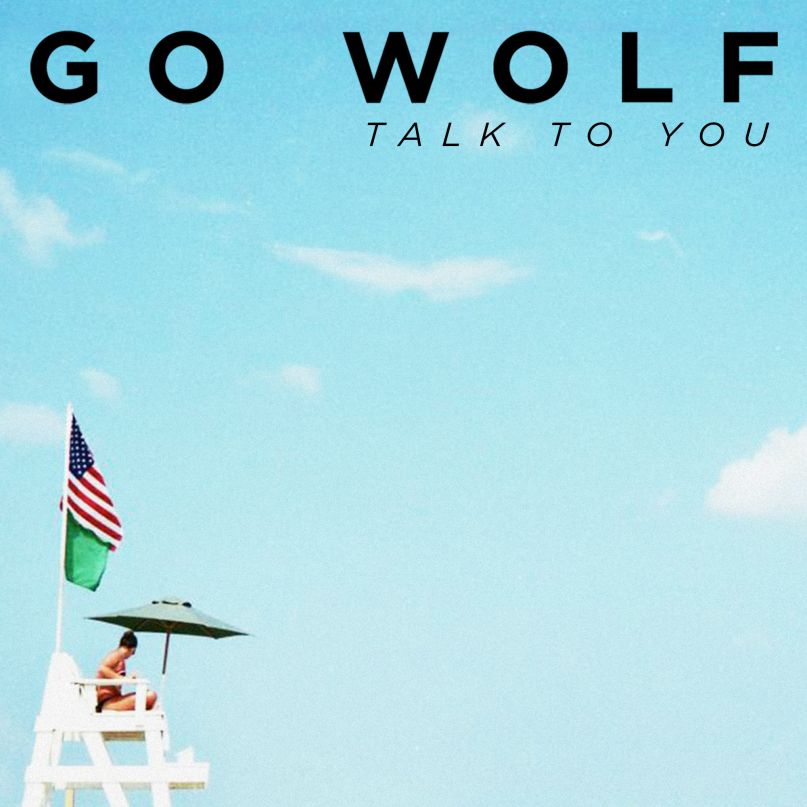 Belfast synth-pop outfit Go Wolf’s founding members were first brought together by prose and clothes. Bassist Chris Sloan approached frontman Scott Jamison after a poetry reading, partially because he liked Jamison’s poem but also because they were wearing similar outfits. During their conversation outside the venue, it didn’t take long before the pair decided to form a band. Fast forward two years, and the stylish Go Wolf is readying a new single entitled, “Talk To You”, due out on August 12th via Ooh La La Records.

“‘Talk To You’ is about a single moment that revives a relationship and reminds you what made it so special to begin with,” Jamison said of the track. “I was watching a lot of John Hughes movies at the time, so it’s indebted to his timeless, yet very ’80s aesthetic.”

The Hughes comparison isn’t far off: it’s easy to imagine Jon Cryer and Molly Ringwald shimmying to the song’s plunking synthesizers. The ’80s vibes are taken even further with funky bass lines and jangling guitar riffs that feel reminiscent of early Tears For Fears. Throughout the track, Jamison pleads with his lover to let him stay and describes gushingly romantic scenes like admiring the sunset through his rear-view mirror. It’s a nostalgic homage to love in the time of leg warmers.