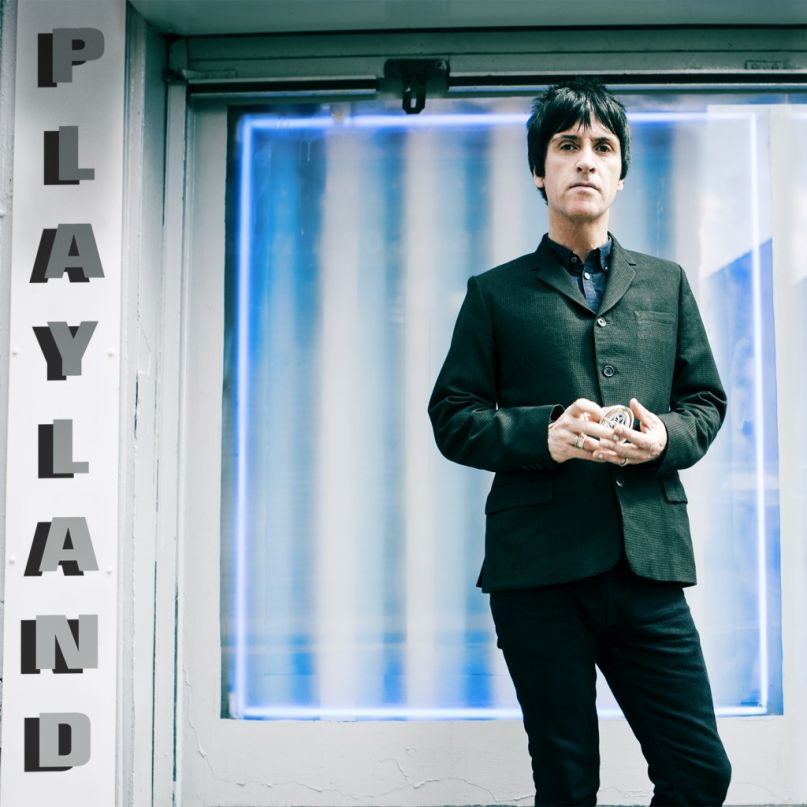 Johnny Marr has shared “Easy Money”, the first single and video from his upcoming sophomore solo album, Playland, due out October 6th via Warner Bros.

In an interview with Rolling Stone, Marr said he was inspired to write the crunchy dance-rock jam (think Dire Straits meets The Rapture) after contemplating the depths some people will go in their pursuit of money.

“I like the idea of sneaking a serious concern into the mainstream, disguised as a big pop tune,” Marr explained. “The riff was so catchy and infectious that I wanted it to be about something that appeared to be trite but was actually quite universal. Money is a preoccupation of everybody, and it took me quite a long time to write something that appeared to be simple. If you were to ask anybody in the City what they’re after, essentially the root of it is money. It’s the age-old thing of people thinking that it will make us happy.”

Meanwhile, Marr describes the accompanying video as “a ‘high times in low rent England’ kind of thing.” Directed by David Barnes, it sees Marr perform in an empty restaurant before making his way to a casino. He then flaunts his winnings outside an amusement park. Watch below (via Pitchfork).

A press release explains that Playland involves a theme of “songs that move at the speed of life,” adding that the LP captures “the spirit that made (2013’s) The Messenger so memorable with energetic, post-punk songwriting complemented by Johnny Marr’s characteristic guitar style, thought-provoking lyrical ideas, and poised vocal phrasing.”