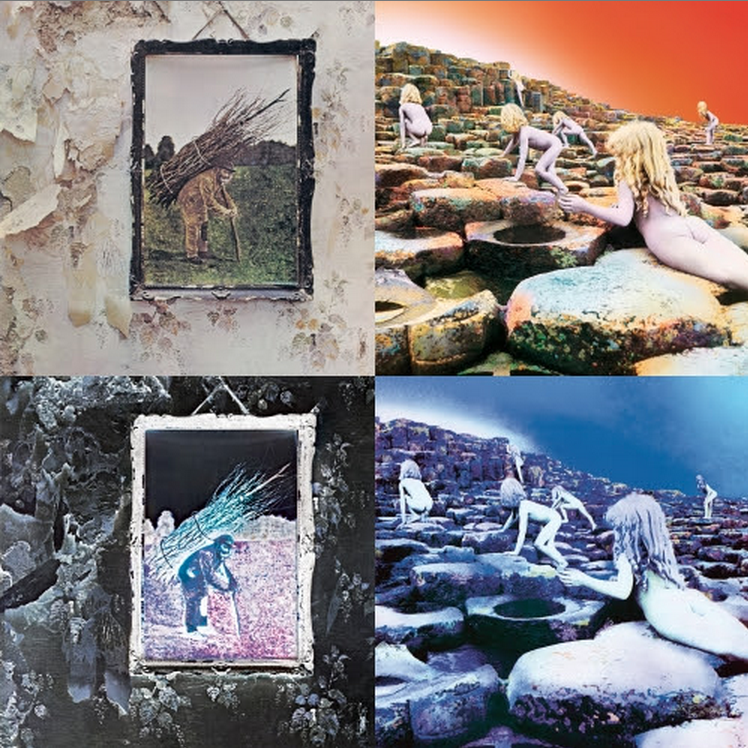 On October 28th, Led Zeppelin will continue its massive archival campaign by releasing deluxe reissues of Led Zeppelin IV and Houses Of The Holy. Similar to the reissues of their first three studio albums, both records were remastered by Zeppelin guitarist Jimmy Page and come accompanied by a second disc of unreleased music.

According to a press release, “the Led Zeppelin IV deluxe edition includes unreleased versions of every song appearing on the original album, including alternate mixes of ‘Misty Mountain Hop’ and ‘Four Sticks’, mixes of ‘The Battle Of Evermore’ and ‘Going To California’ heavy with guitar and mandolin, and the fabled, alternate version ‘Stairway To Heaven’, mixed at the Sunset Sound Studio in Los Angeles which lets fans hear one of the most revered songs of all time as they have never heard it before.”

Meanwhile, the companion disc for Houses Of The Holy includes rough and working mixes for “The Ocean” and “Dancing Days”, a guitar mix backing track for “Over The Hills And Far Away”, and a version of “The Rain Song” without piano.

(Read: The Continuing Stories Of…Houses of the Holy)

Today, Zeppelin has shared a preview of a previously unreleased version of “Black Dog”, set to appear on Led Zeppelin IV. This alternate take is almost identical to the original track, save for some guitar overdubs and a bit of vocal acrobatics from Robert Plant. Still, Plant’s slightly more frantic approach causes the track feel all that more intense and impassioned.

Listen in below (via Rolling Stone).

Both reissues will be available in a variety of configurations, including as a single-disc and double-disc CD, a single and double-edition vinyl LP, and a super deluxe box set. The contents will also be released digitally.