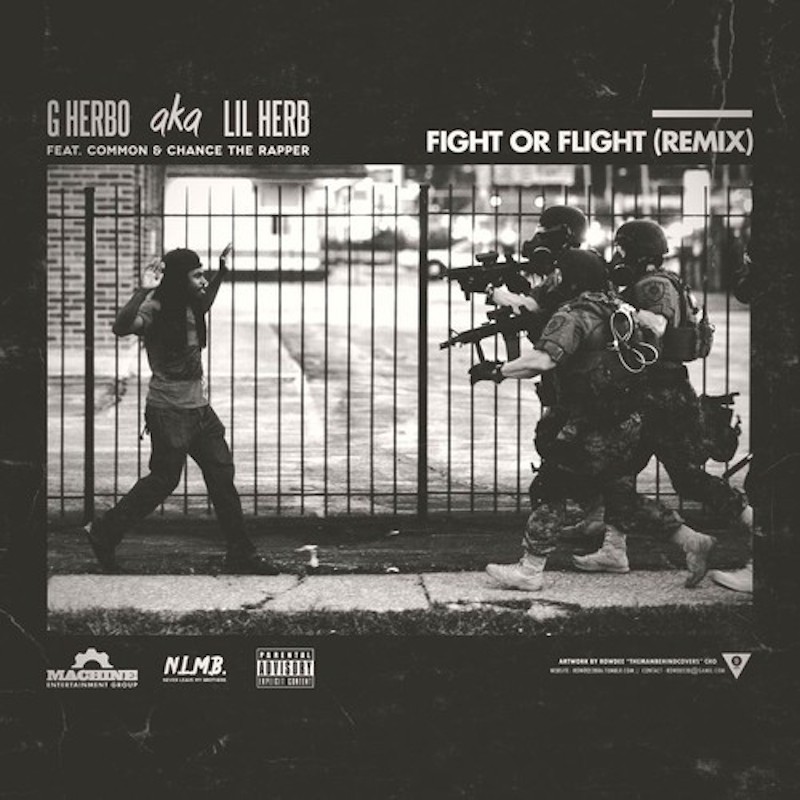 Last December, we predicted Chicago’s own Lil Herb was “ready to make the Chance The Rapper” leap into the big leagues. Just a few months later, not only does Lil Herb look more poised than ever to have his breakthrough moment, but he’s actually joined forces with Chance The Rapper and hip-hop veteran Common for a new remix of “Fight Or Flight”.

While the original version appeared on Lil Herb’s February mixtape, Welcome To Fazoland, it seems the track has come to have new meaning — it’s accompanying artwork references the tragic killing of Michael Brown and the ongoing unrest and racial tension in Ferguson, Missouri. Common also recently led a moment of silence for Ferguson at the MTV VMAs last weekend.

Listen to the inspiring and insightful remix of “Fight Or Flight” below.