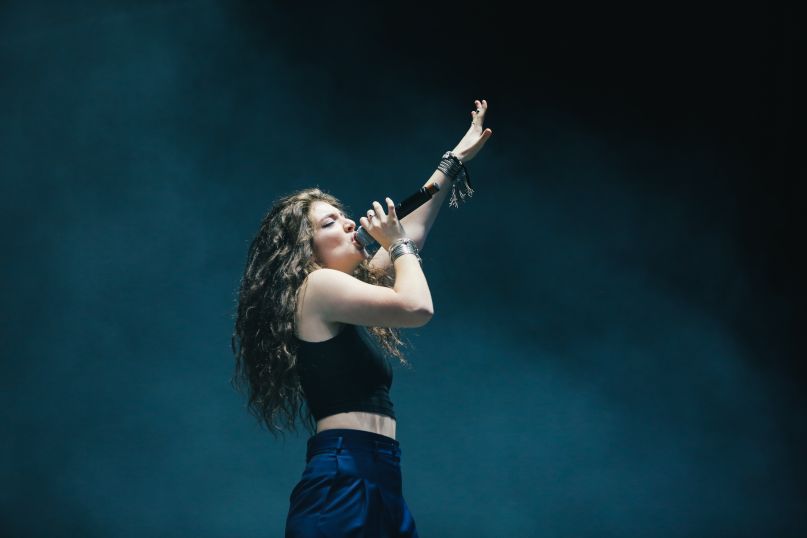 Thanks to a combination of her ever-growing star power and the Internet’s inherent obsessiveness, we’ve already had a few chances to hear from Lorde before she was a globe-trotting, history-making pop superpower. Last November, footage surfaced of a 12-year-old Lorde performing Rainbow songs during her school’s Battle of the Bands competition. Now, courtesy of the fan site Lorde Daily, we get to hear two tracks from a 16-year-old Ella Yelich O’Connor circa May 2012.

Both songs are attributed to an album called Characters by And They Were Masked, a self-described “future noir” collective hailing from New Zealand. (Their influences include Fugazi, Battles, Mars Volta, and PJ Harvey.) “Sands Of John” features Lorde providing angsty back-up vocals to a rather Nick Cave-esque number of brooding, experimental alt folk. Meanwhile, “Piece Of Mind” sees Lorde move up to lead vocals on this swirling, tribal pop ballad, her haunting and evocative croon having already matured to the levels found subsequently within Pure Heroine.

Listen to both songs below. Or, buy the entire album on CD or as mp3/FLAC for $9.