Morrissey takes a swipe at Robin Williams, for no real reason 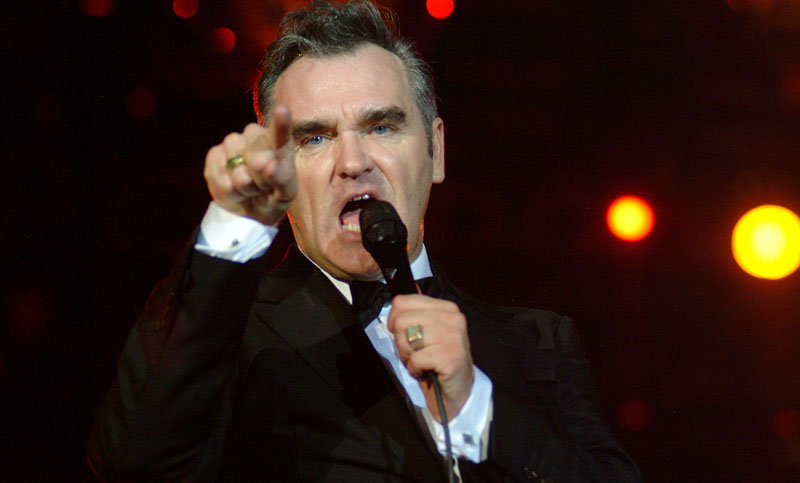 Not that it should come as a surprise, but Morrissey managed to botch a well-intentioned tribute to film legends Richard Attenborough and Lauren Bacall.

In a statement posted to True To You, Moz said he was bothered that Bacall’s death was overshadowed by Robin Williams, because “It was Lauren, not Robin, who changed motion picture history. Yet modern media has an odd way of forgetting the more senior servers of the arts,” he explained.

Not that the comparison even makes sense (it would be like weighing the importance of Elvis vs. Morrissey’s own The Smiths), but his comments couldn’t be more ill-timed and insensitive: Williams was laid to rest less than a week ago and the coroner’s investigation is still ongoing.

But again, none of this should come as a surprise.

“I was thrilled beyond words to have met Richard Attenborough, who, of course, played Pinkie in Brighton Rock (1947), a central theme of my song Now my heart is full. When I met Sir Richard he was delightful, and I asked him if Brighton Rock seemed like a hundred years ago. He replied ‘Oh, much more than that …’.
I also had the extraordinary pleasure of meeting the recently deceased Lauren Bacall … so beautiful, so cautious … and so sad that her death was overshadowed by that of Robin Williams. It was Lauren, not Robin, who changed motion picture history. Yet modern media has an odd way of forgetting the more senior servers of the arts. Dora Bryan, whom I knew personally in the late 80s, and who also died in recent weeks, had pitifully slim attention from the British news media, yet her talents were a treasured staple of British life throughout the 1950s, 1960s and beyond. Dora had agreed to introduce the Smiths onstage at the London Palladium in 1986, but at the last minute her agent asked for a fee which we, the Smiths, just couldn’t afford.
However, in our X-factory society, it seems that anyone who has NOT appeared on Big Brother just isn’t worth remembering by the British media … alas.”