Pre-order Bush’s new album for $2,000 and get handwritten “Glycerine” lyrics 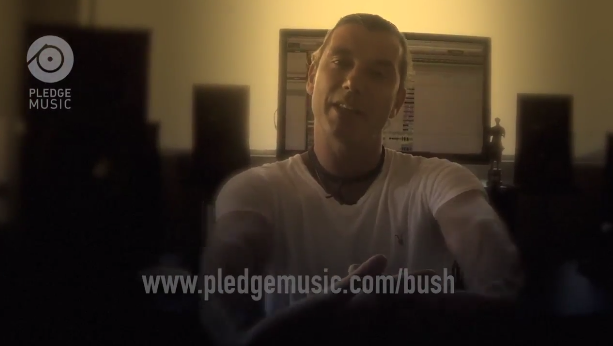 Crowdfunding isn’t exactly a rarity in the modern music economy, with everyone from Weezer to Mobb Deep launching campaigns to fund their new music. But when Bush launched a PledgeMusic campaign for pre-orders of their  forthcoming sixth studio record, they decided do it big as only a UK grunge band who’s largest success was in the ’90s can.

In a video for the project, Gavin Rossdale promises loads of exclusives for those who buy in early, from early looks at videos to unused bonus tracks. The real goodies, however, are the incentives they’re offering for those willing to drop the cash. You’ve got the standard signed LPs and live DVDs, and the signed drum heads ($100), guitars ($1,500), and basses (also $1,500) are already all sold out. But you can still snag handwritten lyrics to the 1995 smash “Glycerine” for only $2,000. Of course, these aren’t 20-year-old pencil markings, but fresh scribblings “written out by Gavin just for you.” If two grand is too rich, you can get lyrics to 2011’s “The Sound of Winter” for half the price! (Kinda harsh when even you value your band’s recent output at half the worth of your old stuff.)

(Read: 13 Rock Bands That Have Destroyed Their Legacies)

Whether or not “Everything’s gone white and everything’s gray/ Now you’re here, now you’re away” is really worth more than an autographed guitar is all in the wallet of the buyer, I suppose. To see what else Bush is offering, head to their PledgeMusic page.