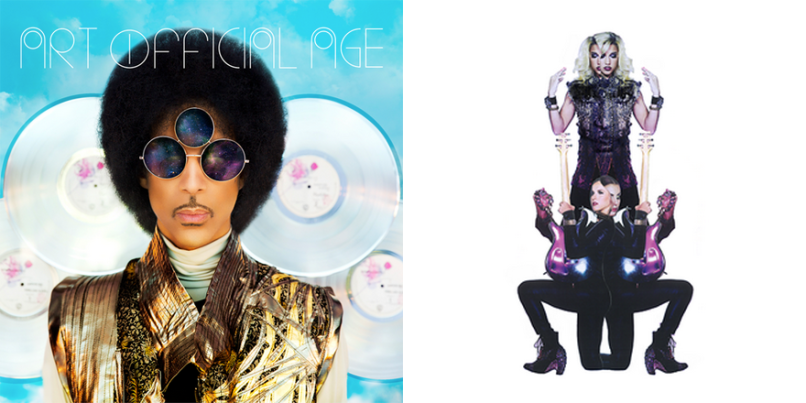 It’s been four years since Prince’s last new album, 2010’s 20Ten, marking the longest stretch he’s gone between new releases in his entire career. Making up for lost time, the legendary rocker has announced not one, but two new LPs, both of which will be released on September 30th.

ART OFFICIAL AGE, a solo album, consists of a 13-song tracklist. Over the last year or so, Prince has previewed a number of the tracks, including “BREAKDOWN”, “BREAKFAST CAN WAIT”, “THIS COULD BE US”, and “FUNKNROLL”. Update: Listen to “CLOUDS” below.

PLECTRUMELECTRUM, meanwhile, marks the debut album from Prince and his band 3rdEyeGirl. This record contains 12 tracks, all of which are also caps locked. Of these, we’ve heard “PRETZELBODYLOGIC” and “FIXURLIFEUP”. The album also includes an alternate version of “FUNKNROLL”.

(Read: Purple Rain at 30: The Companion Piece to Prince’s Masterpiece)

Pre-orders for both albums are now available via Prince’s website and include an entry to a flyaway trip to a special Prince concert at Paisley Park in October.

In the coming months, Price will also release a 30th anniversary reissue of his seminal LP, Purple Rain.