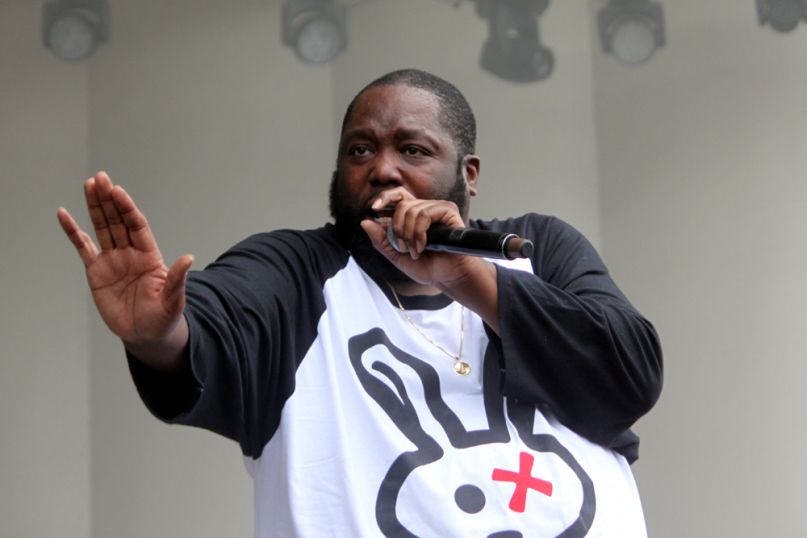 In the wake of the tragic and controversial shooting of Michael Brown, an unarmed black teenager living in St. Louis, Missouri, Run The Jewels rapper Killer Mike has penned a moving message.

Posted on Instagram yesterday, beside a photo of Brown’s grieving parents, the letter asks that people look past race, class, and culture and simply focus on the basic value of humanity.

“We are human beings”, Killer Mike writes. “We deserve to be buried by our children not the other way around. No matter how u felt about black people look at this Mother and look at this father and tell me as a human being how u cannot feel empathy for them.”

Read the full message below:

We are human beings. We deserve to be buried by out children not the other way around. No matter how u felt about black people look at this Mother and look at this father and tell me as a human being how u cannot feel empathy for them. How can u not feel sympathy for their pain and loos. These are not “THOTS, niggas/niggers, hoes, Ballers, Divas. These two people are parents. They are humans that produced a child and loved that child and that child was slaughtered like Game and left face down as public spectacle while his blood drained down the street. Look at the pain of this mother, look into her eyes. Look at the Man behind her. Look at that father made helpless and hurt that he cud not defend his seed. Don’t debate. Don’t insert your agenda. Save me the bullshit Black On Black Crime speech and look at these to Noble creatures called humans and look at what govt sanctioned murder has done. It has robbed them of their humanity and replaced it with pain and shame, suffering and hurt. I don’t care if others rioted or why. I don’t care that ball players and Rappers are what they shud be. I care that we as humans care as much about one another more. I care we see past Class, race and culture and honor the humanity that unites our species. Stop talking and LOOK at these PEOPLE. LOOK at these HUMANS and stand with them against a system allows a Human PIG to slaughter their child. Forgive any typos love and respect u all.

Brown was shot this past weekend, following what police officials call a “scuffle” in a squad car. Witnesses say that not only was the teenager unarmed, but had his hands up when he was fatally shot by an officer.

With racial tensions rising between protestors and the police in Ferguson, the St. Louis neighborhood where the shooting took place, the FBI has since launched a civil rights investigation and Brown’s family have enlisted the help of Benjamin Crump, the same attorney who represented the family of Trayvon Martin.

The incident in Ferguson is just one of many officer-involved shootings in recent years to spark an intense debate on race. There was the Trayvon Martin case in Florida in 2012, and earlier this month, the killing of Eric Garner in New York.