Rivers Cuomo’s life is being turned into a TV sitcom 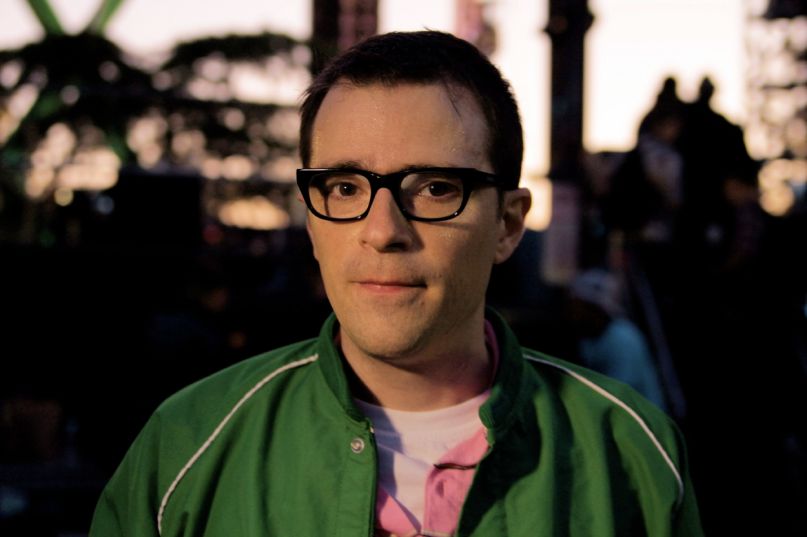 Beyond his role as frontman of Weezer, Rivers Cuomo has led a fairly unique existence. He grew up on an ashram in Connecticut; his father is a celebrated jazz drummer; he practices Vipassana meditation; he speaks near-fluent Japanese; and he graduated from Harvard University with a B.A. in English.

If you think Cuomo’s life would make for a perfect TV sitcom, you’re not alone. Previously, we envisioned his storyline as a Simpsons character, and while FOX has yet to return our calls, the network does plan to bring Cuomo to the boob tube in a different manner. According to The Hollywood Reporter, Cuomo has teamed with Psych creator Steve Franks for a new FOX comedy entitled DeTour.

The show is described as “a coming-of-age story that’s slightly out of sequence,” pulling from Cuomo’s own experiences to tell the story of a 30-year-old rock star who suddenly drops out of the spotlight in order to find himself. For context: In 1995, following the release of The Blue Album, Cuomo enrolled in Harvard. There, he spent the next 11 years studying in between the release of new Weezer albums and touring.

As THR points out, “DeTour would embellish [Cuomo’s] journey with a fictional character and the small band of misfit friends that make it possible for him to get through his formative years.” A major theme appears to be regret, as the Cuomo character looks to “rediscover the parts of his life he missed while he was busy becoming a massive success.” Franks will write the pilot script and serve as executive producer alongside his Psych collaborator Chris Henze.

FOX has given the series a “put-pilot order”; while there’s a chance DeTour might not ever air, the network has enough faith in the show to face a possible financial penalty if it doesn’t receive a series order.

As for non-television activity, Cuomo and his Weezer bandmates will release their latest album, Everything Will Be Alright In The End, on October 7th. Check out “Back to the Shack” and a preview of the Bethany Cosentino-aided “Go Away”.

Below, watch an ABC piece on Cuomo’s time at Harvard.