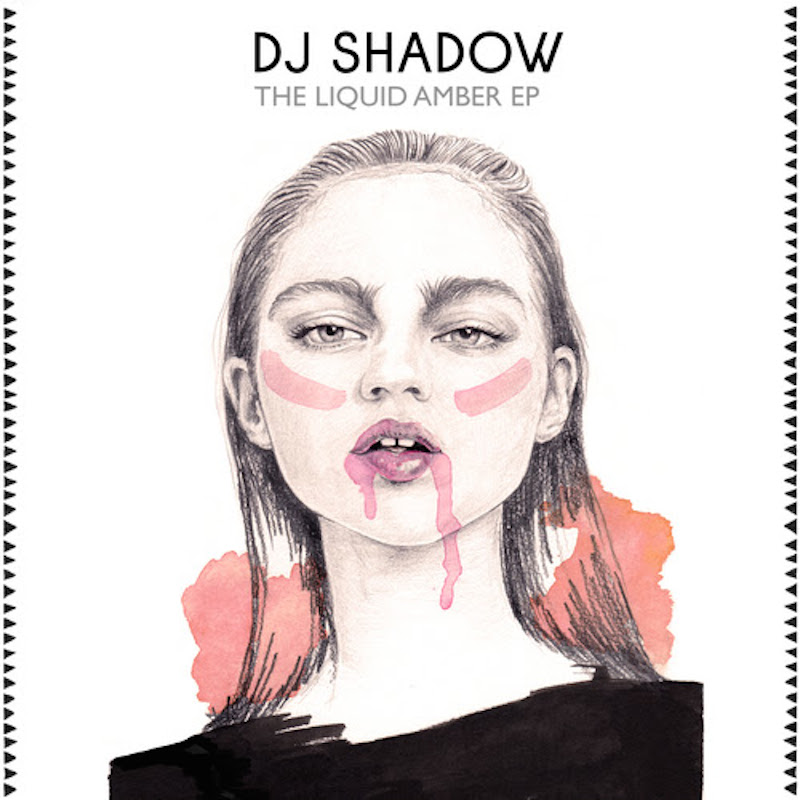 Today, DJ Shadow launches his new imprint, Liquid Amber, with a surprise new EP of the same name. His first collection of original music since his 2011 album, The Less You Know, The Better, the EP features three brand new songs, “Ghost Town”, “Mob”, and a remix of “Six Days” (off 2002’s The Private Press) from Machinedrum.

As DJ Shadow explains via a press release, the EP is just the first of many releases set to be issued through the new label:

I’m pleased to announce The Liquid Amber EP. This single/EP serves as the opening salvo in what I hope is a long string of music, by myself and others, on my new imprint: Liquid Amber. There’s two new songs, ‘Ghost Town’ and ‘Mob,’ and a nifty remix of ‘Six Days’ by Machinedrum.

‘Ghost Town’ is an ambitious ride through many of the micro-genres within the Future Bass umbrella that have inspired me recently, while ‘Mob’ is an intentionally stripped-down, Cali-certified head-nodder. Both songs were written, programmed, and mixed by myself, and they represent the forward steps I feel I’ve taken as an engineer. The ‘Six Days’ remix was something I asked Machinedrum to knock out as a tour weapon, and he crushed it (naturally), so I felt it deserved a proper release.

I’m excited about this music and the new imprint, and I really appreciate everyone’s time and consideration.

Stream The Liquid Amber in full below.

In addition to the stream, “Ghost Town” is available for free download here.

In related news, DJ Shadow, who was recently named one of the 100 most influential artists by NME, will hit the road this fall with Cut Chemist. The pair’s vinyl-only Renegades of Rhythm Tour will see them pay tribute to Afrika Bambaataa. Check out their full schedule here.