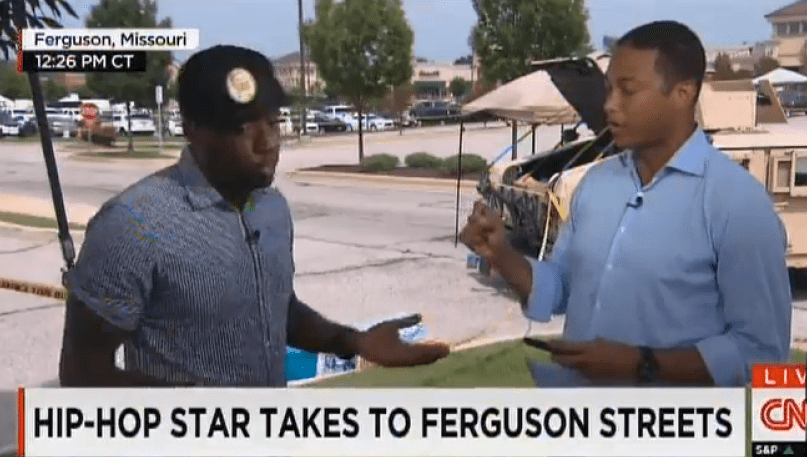 Rapper Talib Kweli has spent much of the week in Ferguson, Missouri, joining the citizens protesting the shooting of Michael Brown. This afternoon, he appeared on CNN to discuss the situation; however, the conversation didn’t go nearly as pleasantly as the one Killer Mike had with the cable news network yesterday.

Kweli took CNN anchor Don Lemon to task over the network’s coverage of the protests, referencing several articles on CNN.com that contained incorrect information. “We live in a world of white supremacy and that’s the narrative and language of the oppressors taking over,” Kweli said. The rapper also criticized Lemon for failing to greet him prior to the interview. At one point, things got so heated that Kweli literally walked off camera.