The Killers’ Brandon Flowers to release new solo album in 2015 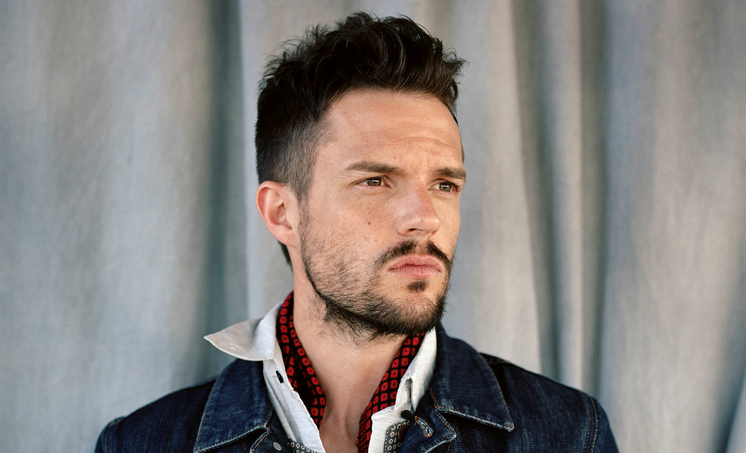 The Killers frontman Brandon Flowers will release a new solo album next year, according to a new interview in NME. The follow-up to his 2010 debut, Flamingo, will be produced by Grammy-winning Vampire Weekend and HAIM producer Ariel Rechtshaid.

Although it’s still in the works, Flowers notes that, unlike Flamingo, the new album will not be entirely inspired by The Killers’ Las Vegas hometown. “People are going to interpret it how they will, but there’s only a little bit of Vegas in there,” he says.

Renowned producer Rechtshaid, however, proves to be an “incredible” influential force in the studio. “He’s taking me out of my comfort zone,” Flowers comments. “Normally I make demos and they’re pretty similar to how the song ends up. but he’ll take a song and be like, ‘I hear this’. It’s incredible — his palette and his range, what he’s able to say. At first we were butting our heads together, but now we’re hitting it off.”

He also spoke on the future of The Killers — who just released their greatest hits album, Direct Hits, last winter. “I wanna keep being in this band,” he claims. “I don’t think we’ll get too morbid about it, I think we wanna keep going.”

No word yet on a more solid release date for Flowers’ new album or its possible guest collaborations (though we know he and HAIM have jammed before).

Below, watch the video for Flamingo highlight “Only The Young”.