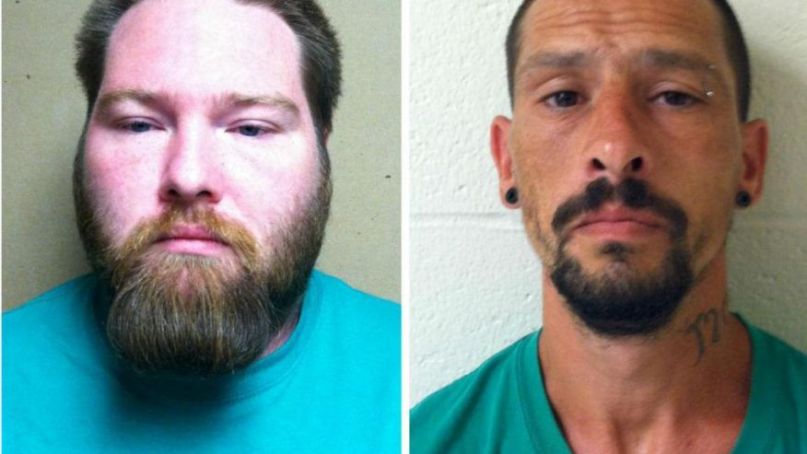 How far are the Juggalos willing to go to protect the honor of Insane Clown Posse? For Paul Martin Hurst and Cary Lee Edwards, of Hebron, Maryland, the answer is murder, according to police.

As the Guardian reports, both men have been charged with attempted murder and assault after allegedly attacking their housemate, attempting to carve an ICP tattoo out of his arm, and then setting him on fire, all for “disrespecting” the hip-hop group.

According to court documents, “This burning was in an attempt to remove a tattoo that Edwards did not believe that Swanson earned.”

The severity of the attack forced doctors to amputate Swanson’s arm. He also suffered fractures to his nasal area and face, 11 broken ribs, a lacerated liver, and bleeding in his brain.

(Watch: Watch: March of the Juggalos, a new “documentary” narrated by Morgan Freeman)

No doubt, this incident will do little to curb the controversy surrounding the Juggalos brand. In 2011, the FBI classified ICP’s fan base as a “gang,” and the group’s recent lawsuit against the FBI was thrown out of court.