Watch: The Both (Aimee Mann and Ted Leo) attend best wedding ever in video for “Volunteers of America” 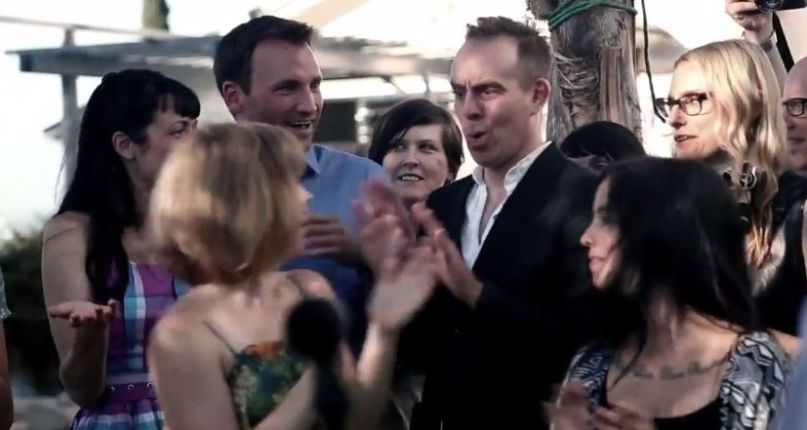 In “Volunteers of America”, the new video from Aimee Mann and Ted Leo (tka The Both), director Daniel Ralston offers viewers a front row seat to the most elegant and badass wedding of the year. Among the things you’ll see: a hip wedding band fronted by The Bangles’ own Susanna Hoffs; plenty of drinking; loads of sing-alongs facilitated by said booze; Ted Leo doing the worm (!); an impromptu performance by The Both; and, as should be the case for any party, an end-of-evening dip in the pool.

I thought that my own nuptials were top-notch thanks to an entire table of Jelly Bellys and S’more cookies and a motherflippin’ grilled cheese truck, but if I had the money, patience, sanity, and proclivity for self-flagellation, I’d totally re-do my wedding to be exactly like this.

(Read: Ted Leo and Aimee Mann: On Being The Both)

“Volunteers of America” is off The Both’s debut self-titled album, out now via Mann’s SuperEgo imprint.