Watch: Tom Petty and the Heartbreakers on Jimmy Kimmel Live 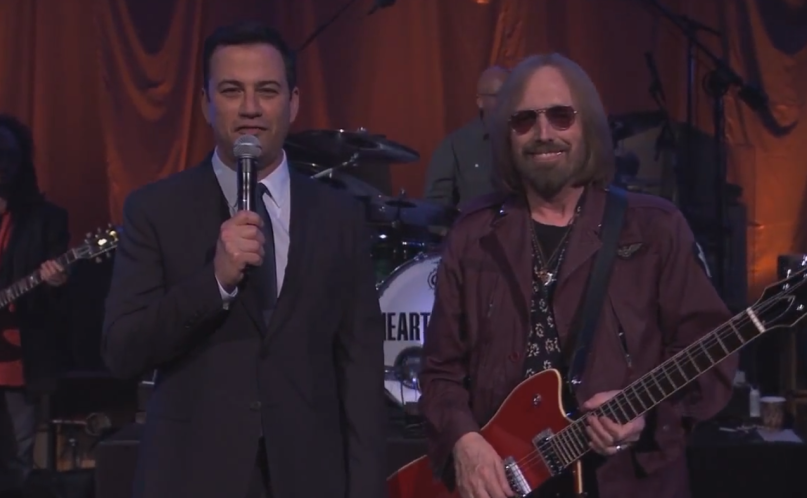 Tom Petty just released his 13th studio album with The Heartbreakers, the solid Hypnotic Eye. In support, he and the band appeared on Thursday night’s episode of Jimmy Kimmel Live to chat about the record and give the audience a live sample.

The performance took place live from the Heartbreakers’ rehearsal space in Culver City, California. After 38 years together, the band is a well-oiled machine, delivering tight renditions of three album tracks: “American Dream Plan B”, “Forgotten Man” and “U Get Me High”. Watch the replay below.

The band is out on the road through October, including stops at Outside Lands and the incredibly-stacked Lockn’ Festival (which, by the by, we can get you into!). Find their full schedule here.