Alt-J – This Is All Yours 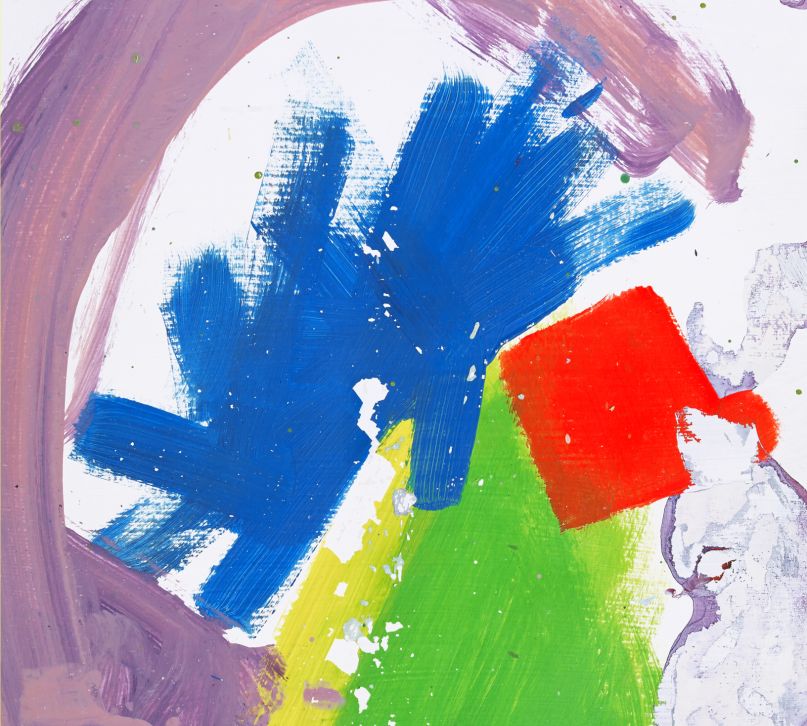 Alternative radio has always had a soft spot for the oddball, for the weird, for the kids that just don’t fit in with the rest of the class. It was a place for Robert Smith and black fingernails, for white rappers like the Beastie Boys, for acts as singular as Moby and Radiohead. Even more recently, the biggest acts to emerge from the format, from Muse to the Killers to Imagine Dragons, all have their distinct quirks. It’s what makes them alternative in the loosest sense of the term.

So, Alt-J’s telegraphed divergence isn’t without precedent. On their second album, This Is All Yours, they compensate for their own quirks by granting access points both for the radio-only audience and for the Internet music fans. The title of the LP almost seems a literal statement of intent, with the focus being “all.” Those with their ear on the mainstream get “Left Hand Free”, a song that can’t help but evoke masturbatory connotations, particularly since the band revealed that the song was written solely to be a single, built around a “joke riff,” in all of 20 minutes. In the group’s own words, it’s “the least Alt-J song ever.”

This distancing from their own work, even before the album was even released, had to have set them at odds with their management, publicists, and label, but the idea that Alt-J’s target audience would even read an interview makes it all seem sort of moot. The song’s placed right in the thick of the album, directly after another, less radio-ready single, “Every Other Freckle”, in such a manner that it doesn’t stick out like the “joke” it was intended to be — especially since “Freckle” includes a line like “If you really think that you can stomach me” about a minute before “Left Hand Free” begins.

“Every Other Freckle”, on the other hand, is both about as base-level-appealing and dubiously nuanced as any single that you’re likely to hear aiming for mass consumption in 2014. And if you think the Sherwood Forest harmonies and quips like “Let me be the wallpaper that papers up your room” are enough to sink the song’s hook-after-hook structure, than Alt-J just isn’t for you in the first place. Maybe try the equally captivating Big K.R.I.T. remix of the song.

Along with K.R.I.T., Alt-J has seen a Clipping remix, samples Miley Cyrus, and on one of the most stunning moments of the album, “Warm Foothills”, splices in vocals from Conor Oberst, Lianne La Havas, Sivu, and Marika Hackman to create a left-field duet moment for the books. It’s all stuff that shouldn’t work. Admittedly, it doesn’t for many people. But the fact that Alt-J seem to take themselves less than seriously, from their lyrics to their affinity for woodwinds and unexpected, delicate classical guitar ballads, makes this second record harmless at worst, and fascinating at best.

“Intro” builds a song primarily on “la la las” and other nonsensical vocal wails for a couple of minutes before decipherable English appears. Shockingly, real words aren’t necessary. Not since Sigur Rós’ ( ) has non-meaning been so expressive. It is one of the more fully realized and successful songs on the album because it knows what it wants to be (an intro, duh) and stands in front of its audience with vulnerability. Rarely do lead songs on albums dare the listener to bail. But, in vocalist Joe Newman’s terminology, if you can stomach this, you can probably swallow the rest of the album with the same ease or difficulty.

To continue the metaphor, This Is All Yours is not candy or potato chips. There is nourishment within the collection. “Hunger of the Pine” and “Bloodfood II” are songs that, if and when the band makes their great album, will be blueprints for finding the balance to please everyone at once, rather than using individual songs as jabs toward particular audiences. Newman’s cadance on these songs pours naturally over the modified percussion sounds and steadily rising and receding synthesizer moans. If Alt-J ever does decide they want to be a singular band like the alternative greats that came before them, rather than just the temporary curiosity they are firmly entrenched as now, it might be braver for them to wipe the grins from their face and deliver something like these more consistently: straight-faced, earnest, but still weird. Never lose the weird.