Anthony D’Amato – The Shipwreck from the Shore 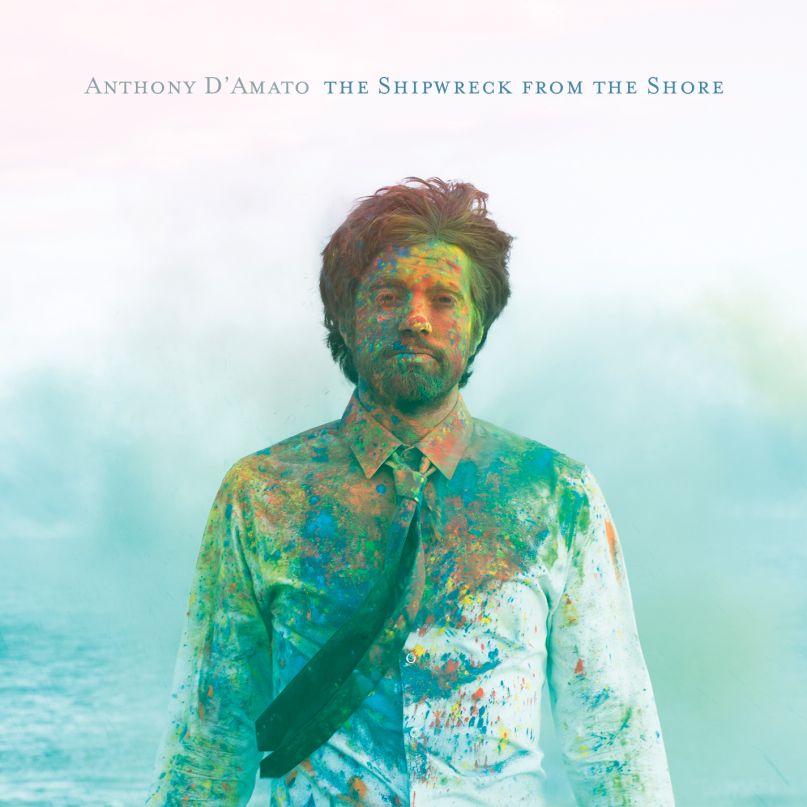 When Anthony D’Amato went to Princeton University, he wasn’t heading straight to his room after class; he was sliding a burned CD of his songs under the door of Paul Muldoon — a Pulitzer Prize-winning scholar, renowned critic, and poetry editor of The New Yorker. During his time at school, D’Amato worked out an independent study with Muldoon. While he may not seem like the go-to guy for music lessons, Muldoon’s time spent writing lyrics for Warren Zevon and prophetic poetry knowledge was the reason D’Amato started looking closer into the lyrics of Paul Simon and Leonard Cohen. Now, the music journalist turned music publicist turned full-time musician is putting out his first studio-recorded album, The Shipwreck from the Shore, and his time with Muldoon shows.

Being from New Jersey, D’Amato has a mandatory affinity with Bruce Springsteen. He took a class on the musician’s songwriting. He wrote his senior thesis on the icon. It’s only natural for him to follow all that up with a shout-out to Springsteen in the opening track, taking form in a patriotic harmonica solo straight from the heart of a blue-collar man. The song, titled “Was a Time”, sets the tone for the record. It appears to be a folk track nailed to foundational acoustic guitar, but D’Amato knew better than to keep things that basic. Instead, xylophone tiptoes in, walking around and lifting him up.

That change-up in instrumentation is due to him dumping his life savings into the hands of an outside producer, Sam Kassirer, without the help of a record label. The days of recording songs from the generic wooden dorm desk chair had passed, but his DIY passion was still pumping. He drove up to northern Maine to record at Great North Sound Society, an 18th century, wi-fi-less wooden farmhouse that’s a mere 20-minute drive from the nearest swimming hole — because, of course, that’s the type of thing that’s important when you’re already drowning from the weight of heartbreak.

Even the simple chord release in “Back Back Back” is written with the knowledge of what makes a song powerful. Backed by band members from Bon Iver, Megafaun, and Lake Street Dive, Anthony D’Amato’s music punches up folk with vibraphones, trumpets, and organs. They make the commercial-ready “Hard to Say”, which rides on a chorus of harmonic “oh”s and enigmatic emotional spillage, just fresh enough to avoid eye-rolls.

Just as single “Good and Ready” represents the sound well, so does its music video, a paralleling of his current band to younger versions of themselves role-playing their way through homemade movies. Even with lines like “I don’t wanna wake up if it ain’t next to you,” his music feels more imbued with butterfly kisses than suicidal wishes, and it’s not even because of the video’s giggling children in face paint.

Considering D’Amato’s got a bit of knowledge, it’s clear he wrote with those intentions of keeping it unclear. Unfortunately, there’s a hesitancy over where the general mood should fall, open interpretation aside. Are we grieving the death of love? Are we smiling at the memories? The lack of a clear-cut zone can get a bit hazy, especially with lines like “If it don’t work out/ You take the bed, and I’ll take the couch.”

The Shipwreck from the Shore sees Anthony D’Amato taking the shattered glass of his heart, heating it under the pincers of poetry, and picking up his instruments to blow it back into an uplifting piece of glassware. It’s worth putting on the shelf for admiring, along with the finely crafted details and intricate wording. But like all good household gems, it becomes forgotten until you happen to see it when passing by the cabinet one Tuesday night. At least it holds our gaze when we do remember it was worthy of the shelf space in the first place.

Essential Tracks: “Was a Time”, “Good and Ready”, and “Calico, Alone”