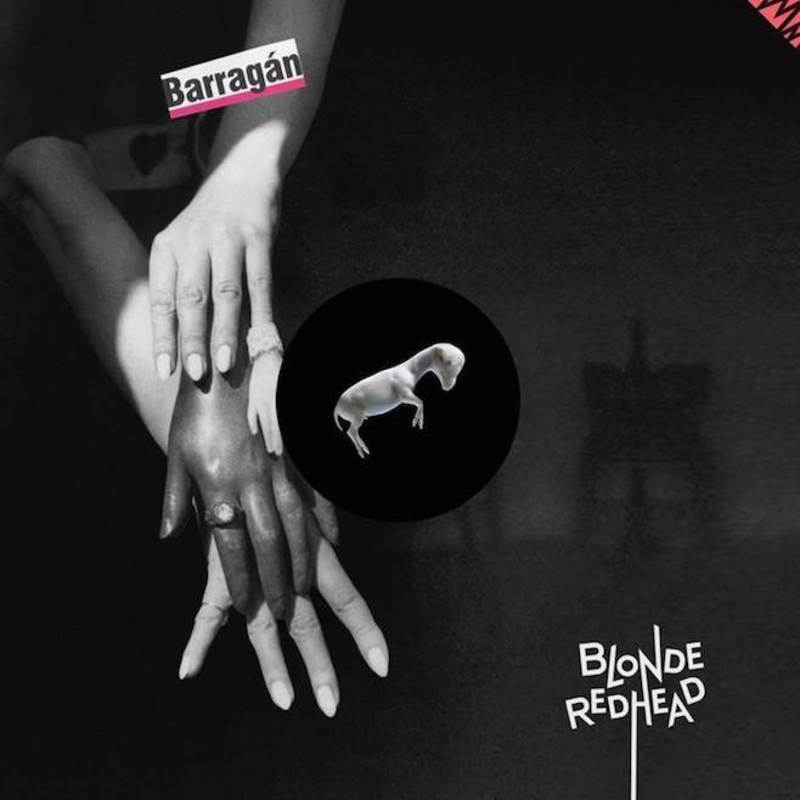 Throughout their 21-year career, Blonde Redhead have taken each new album as a stop alongside a winding path, finding a wrinkle to their sound (be it post-punk, shoegaze, dream pop, lounge jazz, or what-have-you) and following it a few steps further. So, even an album like the limp, synth-heavy Penny Sparkle, an album that seemed to have walked far off that path, could be shrugged off pretty quickly. And, in fact, Barragán, the follow-up to that 2010 misstep, course-corrects well, incorporating the most interesting elements of that electronic side trek while returning a few steps closer to their strengths.

There’s always been an element of mystery and shaded gray to Blonde Redhead — unfortunately, Penny Sparkle amplified that through a mechanical, inorganic filter, the detachment no longer a coy challenge to chase along behind. By adding an element of seeming improvisation and live recording, as well as a reduction in reliance upon synthesized sound, the formula is revitalized some, life breathed back into their sound even if it comes shallow and ragged at times. The instrumental title track that opens the album sets this promising tone immediately, beginning in a field recording of birds and riding through on a closely mic’ed acoustic figure. After a minute and a half of pleasant guitar and flute wandering without latching onto much, though, the instruments fade out, leaving room for another half a minute of car door slams, wind rustling, and not much else — an atmospheric track where the atmosphere doesn’t say much.

That said, it’s good to hear the trio of Kazu Makino and twin brothers Amedeo and Simon Pace focusing on the importance of presence. Later, on “Cat on Tin Roof”, a recording of Makino wondering whether “maybe we should work on it a little bit more” is another honest step towards opening the dialog between listener and performer. There she is, right before Amedeo Pace unravels a messy, likely improvised guitar solo, wondering whether the song is good enough, a thought that could easily have been excised, but instead makes the cut. And yeah, the bouncy, reverb-fueled swayer probably could’ve used a few more takes to tighten the over-long solo section or add another layer to the very simplistic mix, but this flawed, very human approach is clearly a step in the right direction. Strangely enough, a dozen or so seconds of chilled synth in the song’s middle give a serious boost.

Other tracks use electronic elements well, too; it’s not that they’re entirely abandoning that idea, just better incorporating them. “I saw you dripping sunlight/ I saw you dripping moonlight,” Simone Pace lithely sings in a smooth, starry-eyed falsetto on “Dripping”. The synth stabs perfectly play on the band’s wobbly, ethereal version of romantic disco, but the wonky solo that closes out the song overplays that hand some, the cool, off-kilter yet controlled composition deflated. Similarly, the six-plus minutes of “Defeatist Anthem (Harry and I)” finds a groove, but loses track of itself as it switches on an electronic dime. The dreamy, rippling first half works fluidly, but too quickly gives way to an overlong outro full of goofy jaw harp, synth burbles, and chopped vocals.

The quirky live percussion of “Lady M” particularly suits them, a sort of kitchen sink take on an electronic rattle, a quick succession of clangs, clinks, and smacks looping around the electronic elements and Makino’s angelic coo. The fluttering flute and theremin-adjacent flourishes curl the edges of the otherwise straight-ahead wisp, a delightfully bleary blend. The hushed, sparse “The One I Love” showcases another direction Blonde Redhead could easily take, a sort of dark version of a Joanna Newsom track. “I can be your moonlight,” Makino whispers, any more effort too painful. Staccato strings purl in and out of the shadows as she unreels lines on unfulfilled desires, the depression sitting heavy, but with a fragile beauty only accentuated by the untuned breakdown at the finale.

It’s telling, though, that “The One I Love” strips away the electronics, the resulting acoustic track the most powerful, immediate track on the album. And, the other standouts use their electronics wisely, as elements rather than foundations. As always, Blonde Redhead leave this album with little indication of which direction they’ll take next, but rather a handful of options that could produce interesting results. After an album that honed in on one element to the exclusion of others, Barragán is a refreshing reminder of Blonde Redhead’s ability to deliver that mysterious beauty.

Essential Tracks: “Lady M”, “Dripping”, and “The One I Love”