Death From Above 1979 – The Physical World 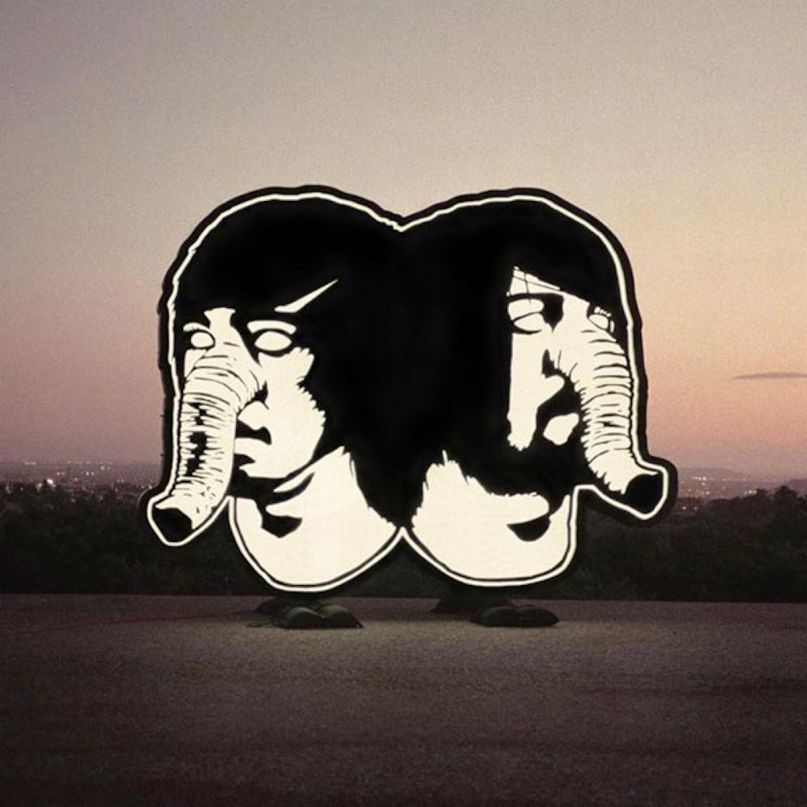 A decade is a couple of lifetimes in buzzband years, but listen to the two Death from Above 1979 albums back to back and it’s hard to believe that the first was released a week before Arcade Fire’s Funeral and the second a week after the Reflektor tour drew to a close. After a hostile split in 2006, Sebastien Grainger and Jesse Keeler gave each other the cold shoulder for a good five years, letting their breakout debut, You’re a Woman, I’m a Machine, stand as the only artifact of their whirlwind legacy. The Toronto-based pair made amends in 2011, and now their delayed sophomore effort, The Physical World, picks up just about where they left off.

A lot has happened in the past 10 years, and to be fair to DFA1979, their grooves are deeper now. You’re a Woman burnt out the tail end of a mostly New York-based dance-punk stint that by the mid-2000s was starting to flicker in favor of something softer and more introspective. In 2004, Liars and DFA1979 were peers on the loud freak circuit, but by 2006 DFA1979 had hung up their drumsticks and Liars had shelved the spikes in favor of gentle, strange acoustic jams. Dance-punk sputtered out, leaving bands like Wolfmother to drag its bones to the Grammys.

The Physical World plays like DFA1979 fell out of a cryogenics tube a couple years ago, blissfully ignorant that anything like Wolfmother had ever happened. The duo run down their stoner riffs with as much conviction as when they first teased fuzz tones out of a bass amp. Plenty of the riffs sound fantastic; “Virgins” has the muscle to play among the likes of stoner metal groups like Red Fang, even if its lyrics awkwardly stretch into, like, The Darkness’ territory: “Where have all the virgins gone?” “There’s nothing sacred to me/ I lost it in the back seat.” “Don’t ever change/ Bad is good enough.”

Like on their debut, Grainger and Keeler aim for themes beyond drinking so hard you vomit and fucking in parked cars, but their cosmology often wants for nuance. “If we brought God back to life/ There’s no way He would survive,” Grainger sings on “Always On”. “No way/ Not a day.” I appreciate the Nietzsche nod, but Trent Reznor did it better 20 years ago — and then moved on once the ’90s were over. “White Is Red” spouts a narrative on a pregnant teen runaway that’s almost like a drunk-driving PSA in its zeal for predictable violence. If “Government Trash” is DFA1979’s most political song to date, it’s hard to parse its politics beyond a beautifully rendered sense of menace. It’s about as paranoid and harrowed as anything named after the government needs to be, though I’m not sure that makes it political. The album’s most obvious cut, “Trainwreck”, is an El Camino-style jam about the core rock ‘n’ roll tenets of wanting it all and, simultaneously, being incapable of getting enough of it. “I want it all/ I can’t get enough,” sings Grainger, lyrics also heard in Beyoncé’s “Drunk in Love” and Black Eyed Peas’ “Just Can’t Get Enough”.

If the lyrical substance isn’t quite there, at least the riffs are. Like “Virgins”, “Gemini” thrashes with lightning-quick bass progressions and anxious, overflowing drumbeats. The closing title track moves from a 16-bit synth intro to end up on the heaviest groove of the whole record. Those last two minutes uncoil with a power and poise previously unseen in anything DFA1979’s done — these guys came up with a killer riff and they saved it for last. What is this brief, contextless tail end? Is it a teaser for a more experimental DFA1979 in years to come, a band that feels less confined by the song form and more willing to follow their instincts down hefty metal melodies? Whatever this is, I want more of it. Save the philosophy and the dead teens, hone in on that pure instrumental dexterity, and wake up to the world that is 2014.