Delta Spirit – Into the Wide 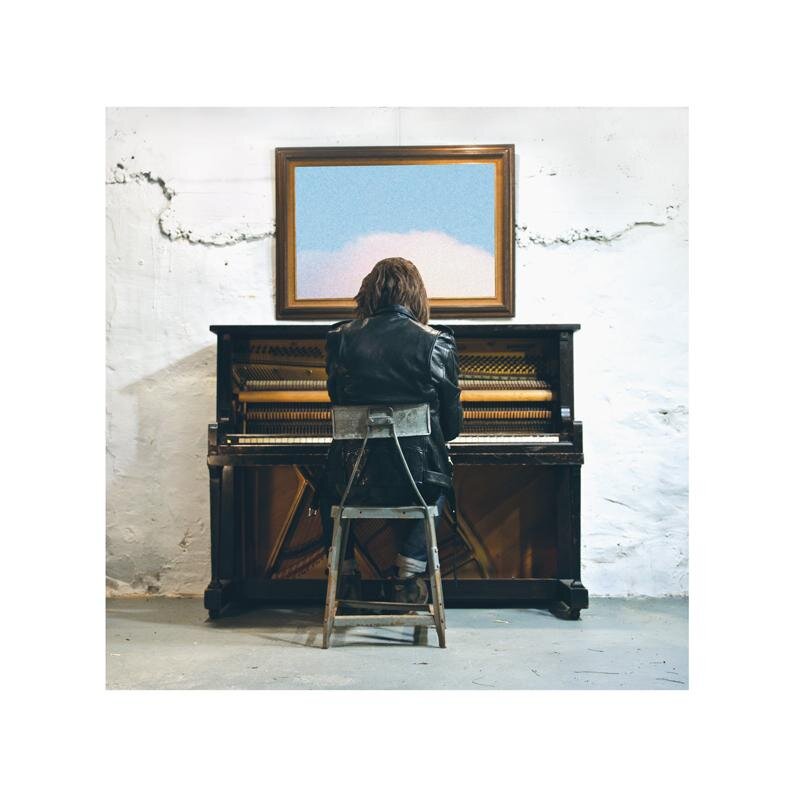 Delta Spirit have been pretty vocal about not wanting to be pigeonholed as an Americana band. After following up their folksy 2008 debut, Ode to Sunshine, with the country-tinged History from Below in 2010, they definitely ran that risk. Heck, the first time I saw them live was at the Newport Folk Festival. When they set about recording their self-titled third record, they made a point to “get past the genre thing,” as frontman Matt Vasquez told Interview in 2012.

Self-titling that third album was a proclamation: This was Delta Spirit, not just “Trashcan” and “Bushwick Blues”. In a somewhat ironic move, they put out their first EP, I Think I’ve Found It, for free prior to releasing Delta Spirit (though it was originally recorded in the band’s first year). That six-track effort is more of an Americana mix than any of their full-lengths, so giving it away right before dropping an album that pointedly tried to say, “We don’t want people to think we only sound like this” could have seemed like a crossing of wires.

But really, the band was just acknowledging where they’d come from. They’re not ignoring their original sound; they just believe they’re more than that. Perhaps that’s why they gave away the songs from I Think I’ve Found It (renamed Lost & Found) once again before releasing Into the Wide, as if still trying to convince folks they’ve got more in them. The good news is they can probably stop that exercise, because they’ve proven it on the confident Into the Wide.

Though this effort sounds as different from Delta Spirit as Delta Spirit did from History from Below, they’ve never captured themselves better. “From Now On” is a quintessential example, making the decision to tag it onto Lost & Found a smart, self-aware choice. With open-air guitars and a rising chorus, it’s not terribly far off from the EP’s material, if not for the song’s markedly higher production value. Were it on the EP’s original version, it would’ve been that standout track that made listeners perk up and notice the potential of this upstart California band.

Of course, nearly 10 years into their career, Delta Spirit aren’t upstarts, nor are they technically a California band anymore. Inspired by a need for fresh surroundings, the band moved to Brooklyn two years ago (because where else does a young indie band go to try to make it big?). The move is similar to how they’ve shifted their styles not to suppress their origins, but to avoid being trapped. As will happen, location affected sound, and the group’s newly formed studio — a windowless, Sandy-damaged space in Greenpoint lovingly dubbed The Rat Cave — helped drive the record in a heavier direction.

Into the Wide has been presented as their moodiest album yet, but it’s not loaded with dreary tunes. Delta Spirit’s trademark bootstrap-pulling positivity still courses throughout. “Language of the Dead” champions people to trust their own creativity, beckoning, “Dreamers, get your own dream.” Pounding single “Live On” tells of Vasquez’s conquering a childhood bully by finding the emotional resilience to have faith in tomorrow. Finding strength among those closest to you in those unavoidable hours of darkness is celebrated on “Take Shelter”.

While the lyrics may still be largely affirming, moodiness does run under the music, no doubt osmosed from the claustrophobic studio space where the songs were born. It’s there right from the Gregorian hum in pseudo-protest opener “Push It”. “Hold My End Up” and “Take Shelter” both make use of droning synths to give the tracks a weight not found in much of Delta Spirit’s catalog. Even Vasquez’s love letter to his wife, “The Wreck”, is a dense ballad.

Still, riffs and choruses grab hold and throttle forward harder than ever, bottling the force present in the band’s live shows. “Live On” is a sprint of a song, drums hammering the road to restoration. After a haunting three-minute stretch, “Hold My End Up” reaches toward heaven with a sustained, belted prayer, while a swirling synth shows just how far the band’s production has come. The same soulful energy that propelled their previous records still drives them, only now it’s wrapped in a bigger, indie rock-focused sound, bolstered by a new focus on keys and looping drums.

But for all the new moods, Delta Spirit remains Delta Spirit. They’ve successfully expanded their range without it feeling unnatural. The change is never forced; they just have faith in their intuition. That’s what led them to Brooklyn, which led them to Into the Wide. Wherever those instincts take them next, they should trust it.