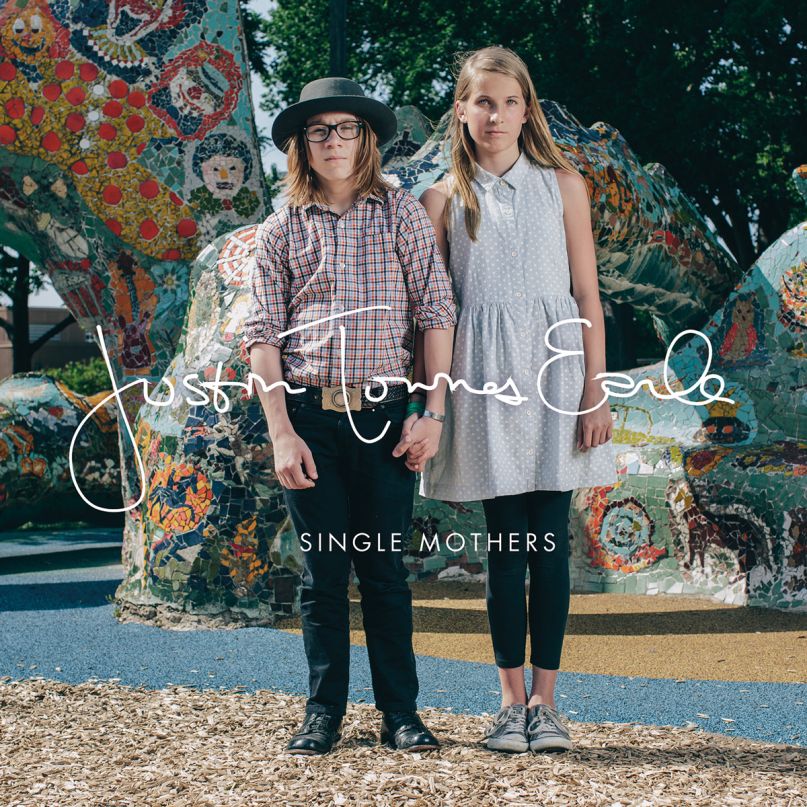 The last half-decade for singer-songwriter Justin Townes Earle hasn’t exactly been smooth, despite his solid musical output. After he released his gospel-tinged Americana album Harlem River Blues in 2010, an altercation in Indianapolis with fans and venue staff, as well as his subsequent arrest and media fallout, was the catalyst for Earle to cancel his tour to get treatment for an ongoing struggle with drugs and alcohol. He sobered up for his final album with his longtime label Bloodshot Records, 2012’s Nothing’s Gonna Change the Way You Feel About Me Now, a Stax-influenced blend of soulful folk and country. He left amicably after his contract expired and landed with Communion Records, a label co-owned by Mumford and Sons instrumentalist Ben Lovett, for his then-upcoming fifth full-length.

Though at Communion, Earle wouldn’t even come close to finding a home. The label expected Earle to write 30 songs for the new LP, narrowing the collection down to a single album. That being the antithesis of how Earle, who usually takes his time carefully calibrating his songs, works, the relationship came to a quick demise. Earle tweeted: “I have now learned that you can never trust a bunch of babies that ain’t worked a day in their lives,” vowing to never work with a label again. However, after some deliberation, he signed with Vagrant Records and put the finishing touches on Single Mothers, the clear-eyed product of an incredibly turbulent few years.

It’s not just the multiple obstacles Earle faced in the last few years that informs Single Mothers; it’s a lifetime of pain and experience that makes for his most intimate album yet. Growing up with a profound sense of literal and emotional distance from his father, acclaimed country rebel Steve Earle, who left home when Justin was young, he sings on the title track, “Absent father, never offer even a dollar/ He doesn’t seem to be bothered by the fact that he’s forfeited his rights to his own/ Absent father is long gone.” Earle then lays out his childhood in blunt terms: “Single mothers, absent fathers, broken home.” He hits the mark about unrequited love on “Wanna Be a Stranger”, when he sings, “I asked my baby if she loved me/ She said, ‘Ask me later.’” And also on “Picture in a Drawer”, when he mournfully sings, “I walk in the streets and all I see is ghosts/ Mama, she’s gone.” While Earle’s music has always touched on themes of family, his oft-complicated kinship with his father, and of toxic romantic relationships, here, it’s addressed with the clarity of a seasoned songwriter, one who came out victorious against his early demons.

In addition to the autobiographical details and emotional nuance comes a pared-down approach to instrumentation and composition. Where Harlem River and Nothing’s Gonna Change featured brassy, boisterous arrangements with at times nearly a dozen players backing him at once, Earle keeps no more than four instruments going simultaneously on Single Mothers. Backed by Paul Niehaus of Calexico and Lambchop on guitar and pedal steel, along with the drummer and bassist tandem of Matt Pence and Mark Hedman from Denton, Texas folk mainstays Centro-Matic, the songs on Single Mothers are simpler, but rarely sparse. There’s a bluesy, slightly crunchy guitar swagger that drives numbers like “My Baby Drives”, “Time Shows Fools”, and closer “Burning Pictures”. While on other songs like “White Gardenias” and “Today and a Lonely Night”, Niehaus’ somber pedal steel sets a melancholic and contemplative mood neatly atop Earle’s soulful croons. As he proved with early highlights like Midnight at the Movies and The Good Life, less is more when it comes to compositions, allowing Earle’s drawl to shine.

Earle’s career has been punctuated by a series of personal highs and lows, with much of his early persona being that of the unpredictable, cocksure bad boy. With Single Mothers, Earle seems happy. Now married and healthy, Earle’s new sense of peace and contentment serves his music well. He’s focused, clean, and churning out some of the best material he’s ever written. While it only clocks in at 30 minutes, Single Mothers is densely packed with resonant, lovely, and perceptive Americana. Like Jason Isbell, who conquered his demons for one of last year’s best country albums, Southeastern, Earle further proves that taking the straight and narrow and settling down can reap the most rewards.

Essential Tracks: “White Gardenias”, “Worried About the Weather”, and “Today and a Lonely Night”