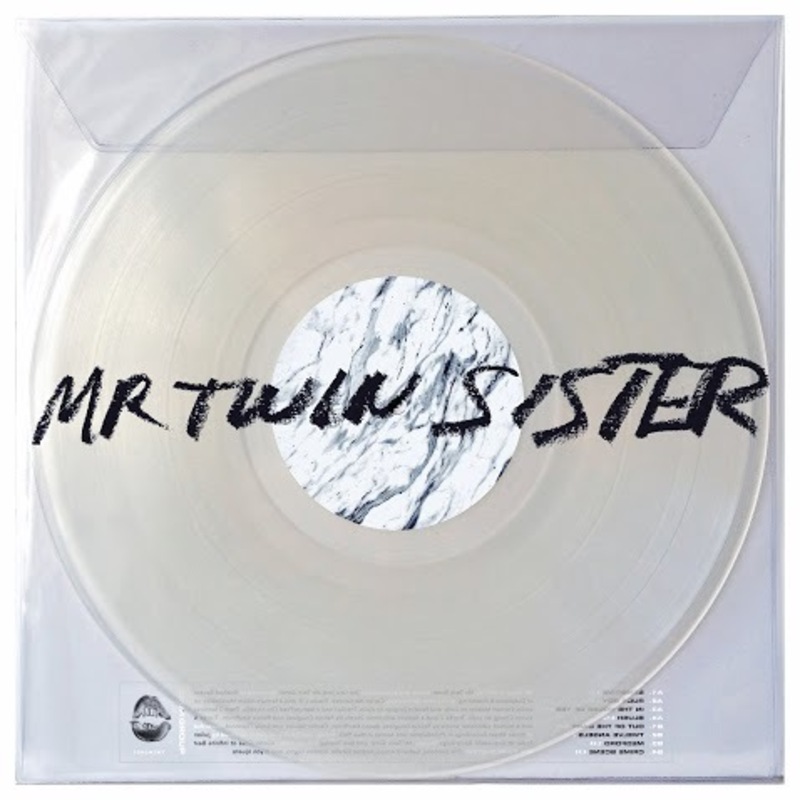 Mr Twin Sister vocalist Andrea Estella stands at the forefront of the New York five-piece, but that’s only speaking literally. “People fetishize the lone genius, but our strongest suit is definitely our chemistry as five people,” said bassist Gabe D’Amico in an interview with Pitchfork earlier this month. Accordingly, the band’s debut, 2011’s In Heaven, released when they were known as simply Twin Sister, was a cohesive tapestry of silken indie pop and disco revivalism. It was a worthwhile record, though they’ve since dissed it, saying the process of putting out an album on a large indie (Domino) altered their creative pace for the worse.

Now, their democratic process and persistence has resulted in an elevation of their sound. With Mr Twin Sister — co-produced by Jon Low, who’s recently done excellent engineering for The National, The War on Drugs, and Kurt Vile — they’ve tidied up and grown more electronic, too. Even though LCD Soundsystem and Beach House come to mind, Mr Twin Sister have emerged more sure of themselves than those acts’ less imaginative imitators.

The strongest indicator of their confidence is not one song, but a consecutive run of four. The nearly seven-minute “In the House of Yes” is a slowly building nod to the all-too-temporary relief of drinking. “Now that I’ve had two or three/ I can get a little free,” sings Estella as the song’s momentum increases, the piano taps eventually giving way to Eric Cardona’s candle flame of a sax solo. The song’s successor, “Blush”, coats its glacial dream pop in strings, a glimpse of the band’s knack for subtle instrumentation. Capping the hot streak are “Out of the Dark”, a vaguely aquatic electro number, and “Twelve Angels”, a dark techno track speak-sung by a gremlin-like Cardona.

That stretch alone would make for a solid EP, but it hardly shows all that the band is capable of. The album’s closer, “Crime Scene”, is a dream pop strummer that’s cleaner and, well, poppier than “Blush”, with Estella’s lighter tone somehow managing to sound even more urgent. “Medford”, the 90-second instrumental that precedes it, feels twice as long in a good way; named after the sketchy Long Island community, it’s actually one of the album’s most calming moments. Along with the shimmering first two minutes of opener “Sensitive”, it almost suggests that the band could be a worthy ambient project without the need for vocals.

At the same time, they do need Estella. She is, among other things, their glue. She’s trained her voice to sound noir and determined, adding precious oomph to her concerns, the most explicit of which concern identity. Doubt informs the album (“Is there even a real me? Or am I just a series of nights?” she asks on “Blush”), but she can be assertive, too. On the all-attitude “Rude Boy”, she essentially says, “Hold it right there, bub” to overeager guys who approach her when she just wants to enjoy being out with friends. On “Out of the Dark”, she sings, “I am a woman/ But inside I’m a man/ And I want to be as gay as I can” — a firm declaration despite its inherent ambiguity.

Mr Twin Sister gets much of its mileage because the band has grown in two ways: in Estella’s thematic awakenings and in a newly balanced unity after the varied In Heaven. If they come to disown this album, they’re just being too hard on themselves.

Essential Tracks: “In the House of Yes”, “Blush”, and “Out of the Dark”