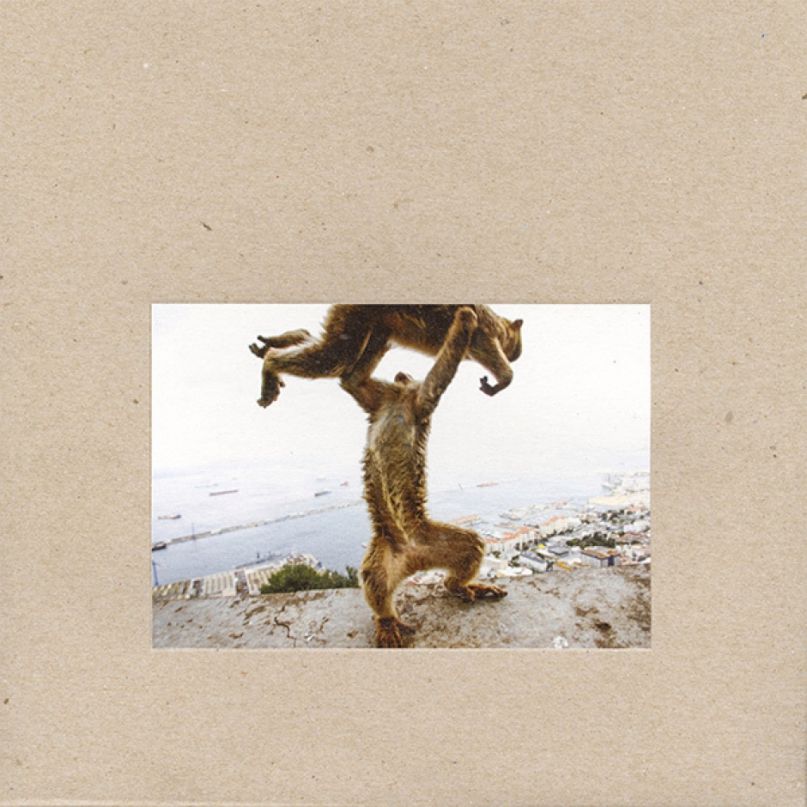 Some scientific and sociological assessments look at life through a microscope, picking out a tiny element to pin it down, millimeter by millimeter. On Dude Incredible, Shellac use a telescope, looking out over society as if it were composed of a bunch of ants. The album, their first since 2007’s Excellent Italian Greyhound,takes on issues of society’s constant expansion, the anomalies that rise up within, and the efforts to rein it in. The music, as always a sort of minimalish post-hardcore, sounds as if it’s building up a city out of girders, bolts, and glass only to watch just as dispassionately as parts of it start to collapse. Dude Incredible, however, is also one of their most direct albums, the nine songs holding that same menacing gut-punch, despite that highfalutin thematic unity.

Part of that intense focus comes from the fact that Steve Albini, Bob Weston, and Todd Trainer have both afforded themselves and insisted upon one of the most insular battle plans in the world of music. Simply put, Shellac isn’t their only job: Albini founded the highly influential bands Big Black and Rapeman in addition to a prolific production career, Weston played bass for Volcano Suns and worked with the reunited Mission of Burma, and Trainer brings his thump-smack style to solo project Brick Layer Cake. They have resumes that let fans trust them enough to release an album every seven years, rather than chasing trends or putting out anything less than perfect. They can also spend weeks in Albini’s Electrical Audio without having to worry about the time-crunch of paying for studio time. But Dude Incredible (and the entirety of Shellac’s discography) never sounds labored over — it just sounds intensely practiced. The interlocking rhythms and riffs work like cogs in a meticulously handcrafted clock, one that counts down the end of the world in intense smashes and slashes.

Shellac won’t fucking compromise. Not ever, not for anything, not for anyone. That’s something that Albini’s been known for, but it’s clearly true of the band as well. They continue to sound like no one but themselves on Dude Incredible, despite the various bands, genres, and sounds that have flashed and faded since their last album. That strength to stand outside has something to do with their telescoped perception here. The opening title track riffs on pack mentality, specifically the way in which it drives even the most primitive groups to expand and procreate through a sort of bastardized consensus. Sure, Albini’s lyrics tackle this via the guise of a group of monkeys (as on the album’s cover) driven by sex and other primitive urges (but mostly sex). “Oh my brothers, and oh my other comrades/ Let’s leave this place directly and go where the females congregate,” he intones, Trainer abusing his drum kit.

This theme climbs up the evolutionary chart a couple of steps on the chugging “Riding Bikes”, a pack of kids on bicycles “stealing things and breaking things.” The community provided by this grouped movement turns them into “something close to brothers,” as Albini picks out a counterpoint to Weston’s limber bass. The pounding “You Came in Me” looks at a different sort of expansion, the individual act of sex in the rearview mirror, the procreative effort the only part that can be counted by Shellac’s surveying scope. “Gary”, meanwhile, combines lyrics from communist folk songs with some updates to hold up a mirror to the grotesque things that society constructs in the name of expansion: “Gary, I hope that you’re proud, of the smoke and the stink and the crowd” is seemingly addressed to both the Indiana city itself and the founder it’s named after, the lurching riff all menace and grinding steel.

Early in the album, Weston takes the mic for “Compliant”, a list of thoughts from the perspective of someone with obsessive-compulsive disorder, checking to make sure that the lights are off, the steps are counted. This too can be tied to the structured society, each seemingly aberrant thought pinned into a place where it is compliant with the larger workings of the brain, however disordered.

In society, this ordering and bordering is done by surveyors, people physically measuring and bounding spaces. On “Surveyor”, Weston talks of “founding fathers” and “frontier settled with order,” clicking out measurements and naming the tools, the definition of society a personal, physical endeavor. “All the Surveyors”, however, shows that this is still happening, though not quite in the glorious way that one would assume the founding fathers employed and intended. Rather, it’s something far more menacing. The track opens with one of the least Shellac moments on any Shellac record: a barbershop quartet take on people’s microphone-ing of “Who fears the king?/ Fuck the king,” Albini’s snarl leading the way. He follows it with some beak-gnashing “caw caw”s and notes about how “the cameras in orbit will survey the lines on the earth that will show where the corn is and the crater that we made with you times son of a bitch squared.” The people in control of the tools of surveying are no longer measuring physical space, but flying drones and watching high-definition cameras, fingers on the trigger.

When Weston ends “Surveyor” with a spoken word quote from George Washington, upset by the lack of maps despite the work of walking chains around the country to measure it, and Albini’s guitar clangs out into the void, and his bass drops, and Trainer smashes a final nail, the anxiety of society is all that’s left, the chaos left behind in the attempt to control and define it. Washington’s instinct to map out the specifics of the country has only grown more and more intense, to watch and know every detail; those details, though, are often primitive, chaotic, or grotesque. But both those details and the instinct to rein them into civilized society are human, and therein lies the conflict — a conflict once again precisely and engagingly rendered by Shellac’s ultra-Shellac tooth-rattling rhythms and brain-invading riffs.

Essential Tracks: “All the Surveyors”, “Riding Bikes”, and “Compliant”