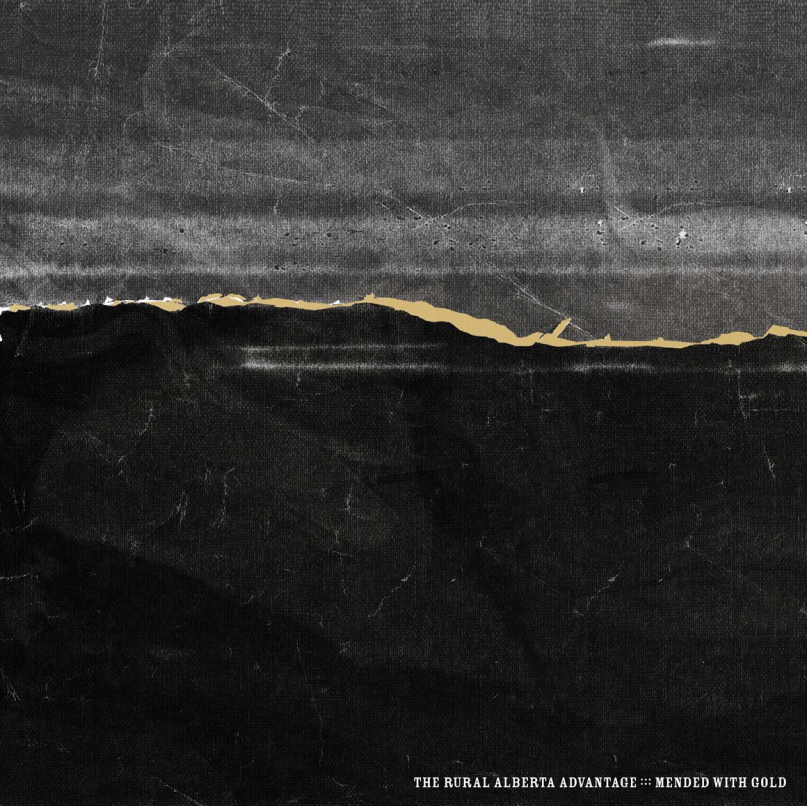 This balance is what made the group such a likable force in Canadian indie rock, one that’s produced incredible songs like “Frank, AB”, “Don’t Haunt This Place”, and “Stamp”. On their third album, Mended with Gold, this well-calibrated ear for dynamics and their lived-in (but not worn-out) lyrical themes of relationship trouble, along with the feeling of being dejected by both city and country life, carry the record. A warning, “love will bring you down,” haunts opener “Our Love…”. Edenloff worries that “this city is cold and cuts through my teeth” to begin “This City”. While these subjects and sentiments have long been featured in The Rural Alberta Advantage’s catalog, they’re still working, especially with their slightly more refined songwriting.

The product of Edenloff renting a remote cabin in Canada’s Bruce Peninsula, the album’s origin story is a tad more complicated than the bearded-songwriter-goes-to-the-woods cliché. Rather than a cathartic outlet to grapple with his muses, the experience was more terrifying, with the seemingly near threats of black bears, wolves, and the inhospitable cold. The trip has resulted in a defined sense of paranoia and tension throughout the record, as demonstrated on the eerie, stunning folk number “To Be Scared” and the hard-hitting “Terrified”. This, coupled with the reemergence of Banwatt’s most thunderous drumming (he was a less-pronounced force on Departing), raises the stakes and heightens the intensity. Proving he’s just as important to the band as Edenloff, he gives an incredible slew of fills on highlight “On the Rocks”, which pairs nicely with Cole’s light, emotional piano chords. Additionally, there’s more Elephant Six-style distortion and recklessness on songs like “All We’ve Ever Known” and “45/33”, which features clanging guitars akin to Neutral Milk Hotel’s On Avery Island.

Almost to a disadvantage, Mended with Gold is distinctively a Rural Alberta Advantage album. Not any better or any worse than their earlier material, it’s a testament to the band’s consistency. In time, fans may want something more adventurous or experimental, but for now, the band is in a groove, churning out good to great songs with a distinguishable aesthetic.

Essential Tracks: “On the Rocks”, “Terrified”, and “Runners in the Night”