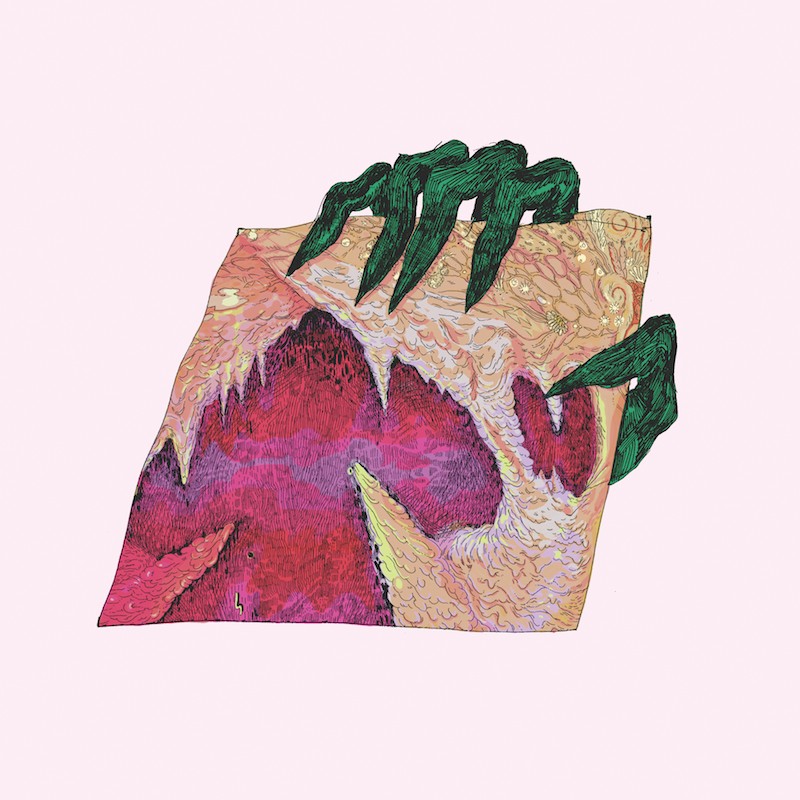 There’s a lot to be said for a band’s name, but there’s also a lot we should learn to ignore. Thankfully, Los Angeles garage rock/neo-psych act Wand ditch the implement of their namesake, grasp the mysticism of magic, and instead wave their guitars about in an effort to find their place in today’s comically large umbrella of modern psychedelia.

Opening with a trippy drone croak is Wand’s way of saying that there’s no real footing on Ganglion Reef, their debut album. Instead, Evan Burrows’ steady cymbal crashes show us where their temporary Earth is and guide us forward into “Clearer”, a heavy swirl of pop sludge and electric acid that’s, of all things, spotted with bongos.

Ty Segall signed them to his Drag City imprint God? Records for a reason, though. The record is dressed in garage clothing, letting psych riffs wobble around in a single stained Converse and a muddy Doc Martens. Noisy organ solos and abrasive fuzz show up on the bold three-part “Fire on the Mountain”, ultimately resembling fellow Californians Thee Oh Sees, especially when paired with the heady “6661”.

Unlike Temples or Tame Impala, the four-piece burn whatever pop tendencies they have until their edges are curled, repeatedly dunking them in a basin of flanging melodies and saturated organs, letting their hypnotic colors bleed together. “Broken Candle” recalls Innerspeaker, but instead of employing ample reverb, Wand dump the retro sound into an oily muck. “Strange Inertia (Ctrl Alt Death)” nods to Crystal Antlers before indulging in a mellow organ line toasting The Doors. They have the playfulness of the Elephant 6 collective, but they’ve dumped their coy tunings in favor of proto-metal guitars and jangly layers, creating a sound all their own.

To be fair, Wand are toying around with the same ‘60s style that their peers are, as the hazy acoustic guitar on “Growing Up Boys” indicates. They’ve felt the weight of Are You Experienced? and gotten high to Revolver. They’re just determined to look farther than whichever pedals will get them the most sine waves, hence the near-perfect “Flying Golem”.

As Cory Hanson’s boyish whisper fades, we’re left to wonder where we’ve been the past half hour. There’s the furry spade on the cover, the foldout astrological map insert, and the swerving taunt of their sharpened guitars. Yet given those physical points, we can’t find the ground. It’s clear Wand want us to believe there’s something lurking out there — they just can’t guarantee it’s recognizable enough to explain in full.