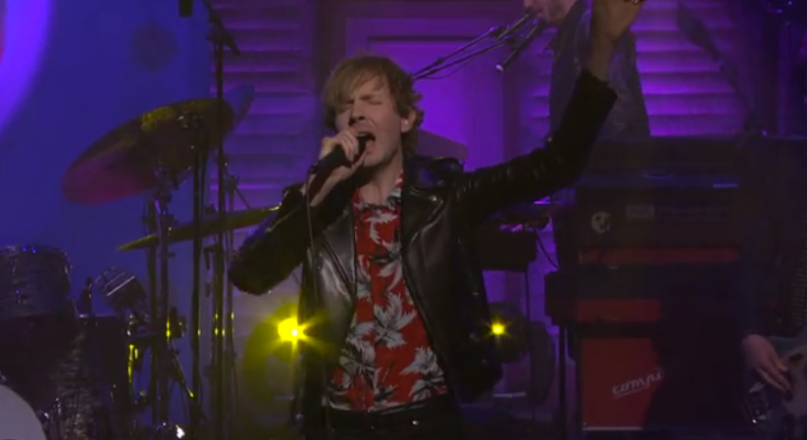 This week, Conan is paying tribute to George Harrison with a series of musicians covering highlights from his post-Beatles solo career. Beck kicked off the salute last night with a performance of “Wah-Wah” from Harrison’s 1970 triple album, All Things Must Pass.

While a largely faithful rendition, the band slyly warps the track’s sense of psychedelic rock into a more modern alternative rock sound by stepping on the gas and playing towards Beck’s sensibilities. Watch below.

For comparison, here’s the original:

Conan’s George Harrison Week continues Tuesday night with Paul Simon, followed by Harrison’s son Dhani, and wrapping up with Norah Jones on Thursday. The performances coincide with the release of a new box set, George Harrison: The Apple Years 1968-1975, which compiles the musician’s first six solo albums along with unreleased live recordings and demos. It’s out this week via Capitol Records.