Black Sabbath announce plans for “one more album, and a final tour” 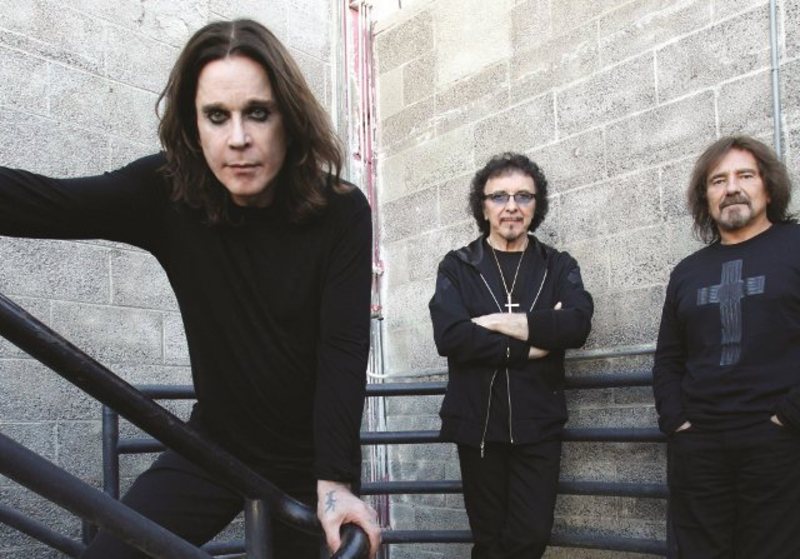 Last summer, the original lineup of Black Sabbath — Ozzy Osbourne, Tony Iommi, and Geezer Butler — roared back to life after some 30-plus years apart. In rather short order, the trio snagged their first-ever No. 1 album with 13, toured the world for nearly a full year, and even celebrated by winning a couple Grammys back in January. Now, in an interview with Metal Hammer (via Rolling Stone), frontman Osbourne talks the metal icons’ future plans, which include “one more album, and a final tour.”

Despite a less-than-savory history together, which most recently included drama with ex-drummer Bill Ward, Osbourne said the band parted ways after this year’s run of dates feeling totally positive. “Once the dust settled after the last tour we started discussing the idea – because we were getting asked about it all the time,” he explained. “I said to Sharon, ‘What’s going on? Because if there’s no more Sabbath I want to get on with my own thing again,’ and she came back and said ‘Let me look into it.'”

Osbourne added, “Three weeks later, I asked her about it again, and she said ‘Oh, I still have to talk to so and so…’ And I said, ‘Sharon, I ain’t fucking 21 anymore. If we’re going to do [it], I want to do it before I’m 70. Time isn’t on our side.’ So she made the call and came back and said, ‘Yeah, the record company wants another album.’ I believe Rick Rubin is going to do it with us again.” Rubin previously helmed 13, explaining that the experience was a “struggle” as he attempted to get the band on the same page creatively.

While the band isn’t currently working under a timeline, Osbourne said he’d hoped they’d get underway “sooner rather than later.” He said that a lot of the decision-making process is “coming down to Tony’s health, he’s obviously got his cancer treatment, but we’ll get onto it next year. I don’t know if we’ll be writing in England or LA, but I’ll fly to the fucking moon for it if I have to.” In an interview earlier this year, Iommi agreed with Osbourne when he said it was “now or never” to record a new LP, adding that he was “feeling OK” following treatments for lymphoma.

Below, watch the band’s full 90-minute show from London’s Hyde Park this past April.