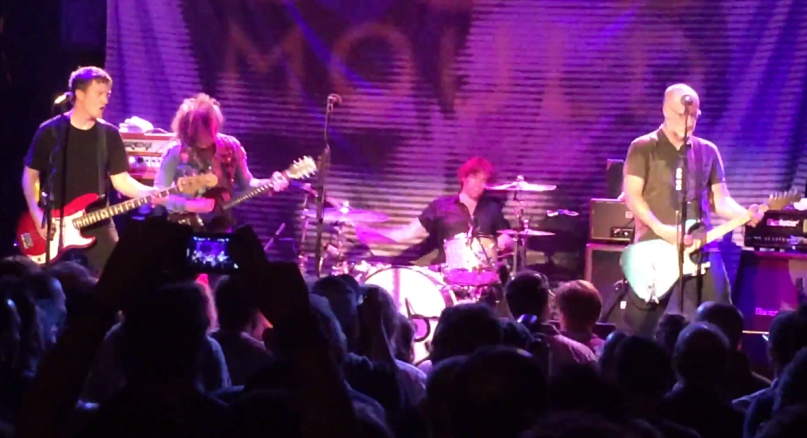 Ryan Adams has long been a fan of Hüsker Dü and, more specifically, its frontman Bob Mould. Adams has covered Mould’s track “Black Sheets Of Rain” in past live performances and in 2011, he performed at a Bob Mould tribute concert in Los Angeles. More recently, Adams appeared in Mould’s video for “The War”, and Mould returned the favor by appearing in a promo for Adams’ new solo album.

So you can understand why even as Adams is out promoting his aforementioned album, he still made time last night to appear as a guest at Mould’s concert NYC’s Bowery Ballroom. Together, they rocked the fuck out to a collection of Hüsker Dü songs, including “I Apologize”, “Celebrated Summer”, “Something I Learned Today”, and “New Day Rising”.

Below, watch fan footage of “I Apologize”.