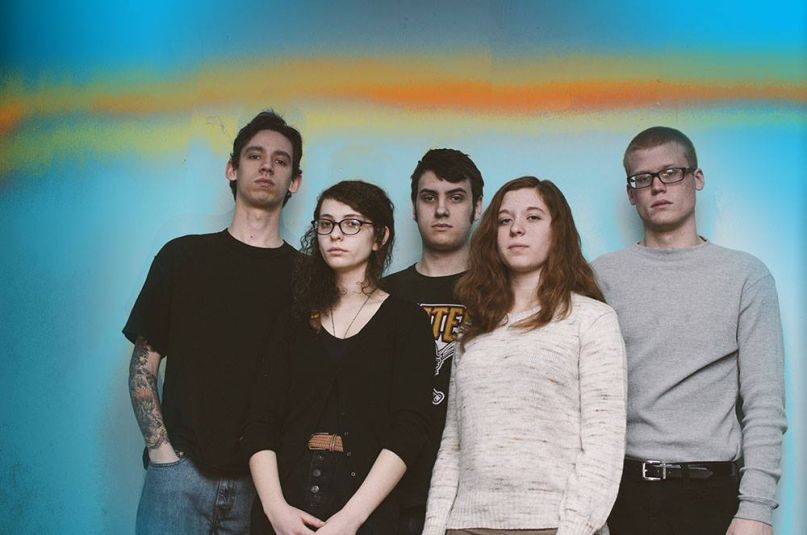 Last month, CoSigned Pittsburgh hardcore outfit Code Orange delivered endless gloom and doom with their sophomore album, I Am King. Though they’ve proven themselves as masters of all things harsh and dissonant, some members of the band have aspirations outside of collapsing ear drums. Since 2011, bassist Joe Goldman, drummer Jami Morgan, and guitarist Reba Meyers, along with mutual friends Dominic Landolina and Kimi Hanauer, have been recording a more playful and nuanced brand of indie rock as Adventures.

With a handful of EPs under their belt, the band’s next release comes as a split single with Michigan emo outfit Pity Sex. Ahead of the October 7th release, Adventures has shared one of its two contributions, a track entitled “Flowing Through”. Backed by the energetic jaunt of guitars, Goldman and Meyers’ vocals sound pristine over the track, interweaving emphatically against the booming drums. It feels more akin to American Football than Fugazi, reveling in the bright melodies and snappy rhythm section.

It may be a marked departure from Code Orange, but there’s a similar infectious sense of energy abounding throughout. Listen below.