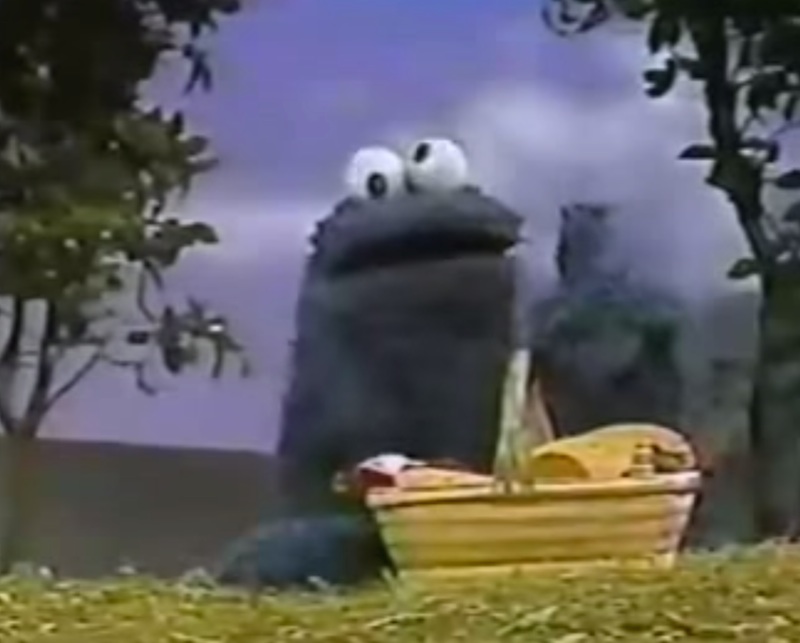 With his gruff and gravelly delivery, Tom Waits has often humorously been compared to Cookie Monster. It’s neither a compliment nor an insult, per se, but it’s hard to deny that the likeness is pretty spot-on.

Recognizing the undeniable similarity between the singer-songwriter and the furry Muppet, one clever person “mashed up” Waits’ track “God’s Away On Business” with a couple of Sesame Street scenes. The resulting video is at once brilliant and, admittedly, a little unnerving.

If you’ve ever feasted your eyes on the children’s program, you’d know that Cookie Monster, although forever insatiable, is one of the most pleasant and simple characters. His happiness and cheery enthusiasm is marked by his resplendent NOMNOMNOM snack sessions, the storm of crumbs he often leaves behind, and not much else. But his “rendition” of the oh-so-gloomy song suggests there might be more to the blue creature than just a sweet tooth.

I never took the cookie fiend for a raving and terribly disillusioned uh, monster, but here is telling Kermit, Elmo, Ernie, and all his other neighborhood pals about the world’s impending doom — and somehow, it’s totally believable. “If you’re looking for someone to pull you out of that ditch, you’re out of luck,” he proclaims wildly, his googly eyes nearly spinning out of his furry head. “The ship is sinking, the ship is sinking!”

On that lovely note, Happy Friday, everyone!