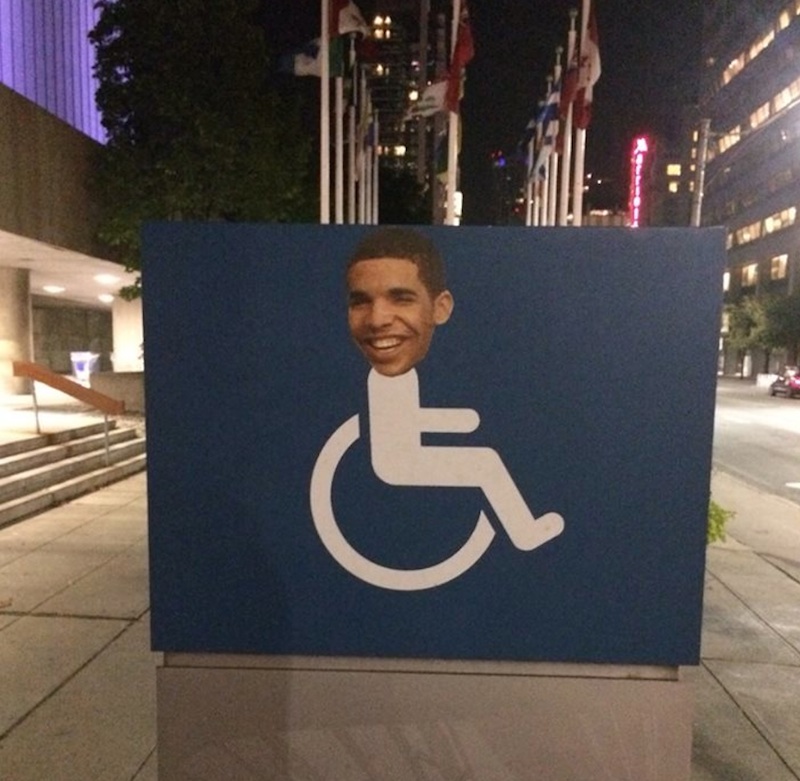 Without a doubt, Drake is one of pop culture’s most famous faces, a hip-hop artist whose music and persona almost seem larger than life itself.

The guy has his very own day, his very own music festival, and is the genius behind the now Oxford Dictionary-approved word, “YOLO”. His latest album, Nothing Was The Same, might’ve just lost the Polaris Music Prize to a throat singer, but let’s not forget that he’s had the great privilege of hosting the ESPYS, finally putting the Toronto Raptors on the map (for its lint rollers, but still!), and, of course, being the lap that touched Nicki Minaj’s legendary “Anaconda” ass.

Yes, he “Started From The Bottom” and now “he’s here,” but even with his many accomplishments, his hometown of Toronto still remembers Drake’s roots: On the Canadian TV show Degrassi, where he played the sensitive basketball-star-turned-wheelchair-bound character of James “Jimmy” Brooks.

To ensure that the world (or at least Toronto) never overlooks those precious early years in Drake’s career, a few locals have been cleverly placing stickers of his head onto wheelchair signs all over the city. It’s kinda/sorta vandalism, but it’s a pretty magnificent and hilarious stunt. And if you’re wondering, Drake thinks the whole thing is “great.”

Below, check out a few of the amazing Drake/Degrassi signs (via Buzzfeed).