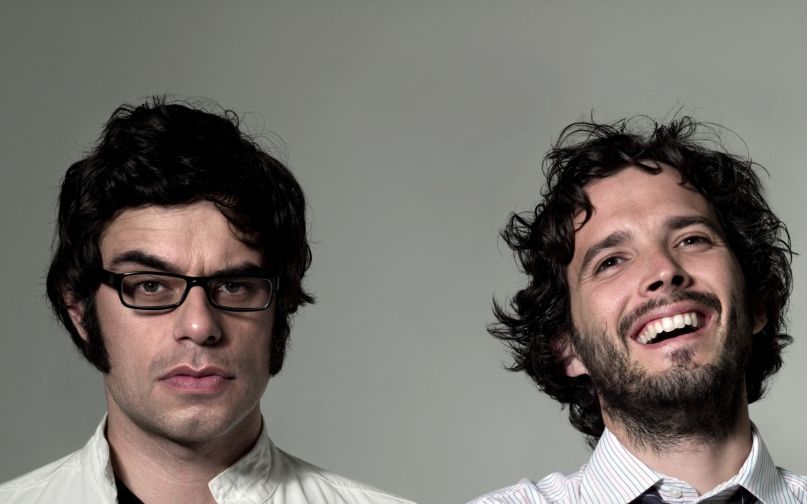 In an interview with the Guardian, Jemaine Clement has revealed that he and partner Bret McKenzie are reconvening as Flight of the Conchords for a new four-episode comedy series commissioned by the premium cable network. Yes, it is, in fact, “Business Time”.

Update: According to Clement’s Twitter account, Clement and McKenzie are working on an entirely different HBO project that is not Flight of the Conchords. A musical still appears to be in the cards, however.

Since Flight of the Conchords the TV series halted production in 2009, Clement and McKenzie have only gotten the band back together on a handful of occasions. Most notably, a brief tour in 2010, some scattered shows in 2012, and a charity single for Red Nose Day.

Though a Flight of the Conchords movie has been rumored for years, Clement added that a musical is a more realistic possibility. “We talk about a movie every so often,” said Clement. “Sometimes it feels like we lost a lot of impetus over the last couple of years. But Bret, [director] James [Bobin] and me, we all want to do a musical. It would be good to do something all together … I miss playing Flight of the Conchords gigs.”

Below, revisit some classic Flight of the Conchords moments.