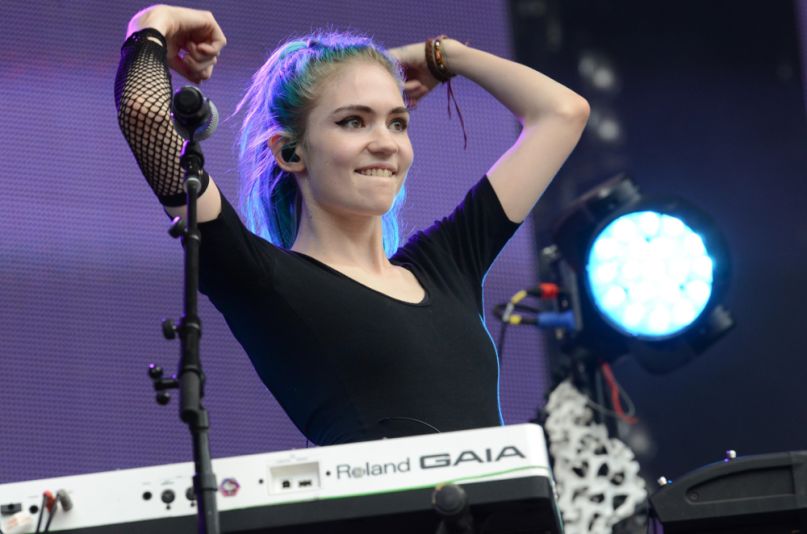 If you’re awake reading this, chances are you battle insomnia — or just live in Europe. Fortunately, Grimes has stepped in as our own personal Sandman. On Sunday, the unconventional singer called into Annie Mac’s BBC Radio 1 to debut her “Bedtime Mix.”

So, just how does Grimes whisk herself off to a dream world full of kitty cats and post-apocalyptic deserts? With a seven-song mix comprised of Aphex Twin, Patsy Cline, Majical Cloudz, Portishead, and Eliot Sumner, among others. She said most of the mix is “stuff from my childhood … when I go to bed I like to listen to nostalgic stuff.” What an interesting childhood that must have been.

Before sprinkling pixie dust onto listeners, Grimes and Mac had a conversation about all things music and life. Most notably, Grimes offered an update on her latest album: after revealing late last week she had scrapped album No. 4 and completely started over, she said recording is “halfway done” and that she is feeling “good and stressed” about the progress thus far.

Grimes also talked about the myths surrounding her recording process, her personal isolation technique for 2012’s Visions, her hatred of shirts with buttons, a newfound interest in The Killers, and much more. Check out the interview portion here; it begins at the 29-minute mark.

Below, revisit the awesome video for “Go”.