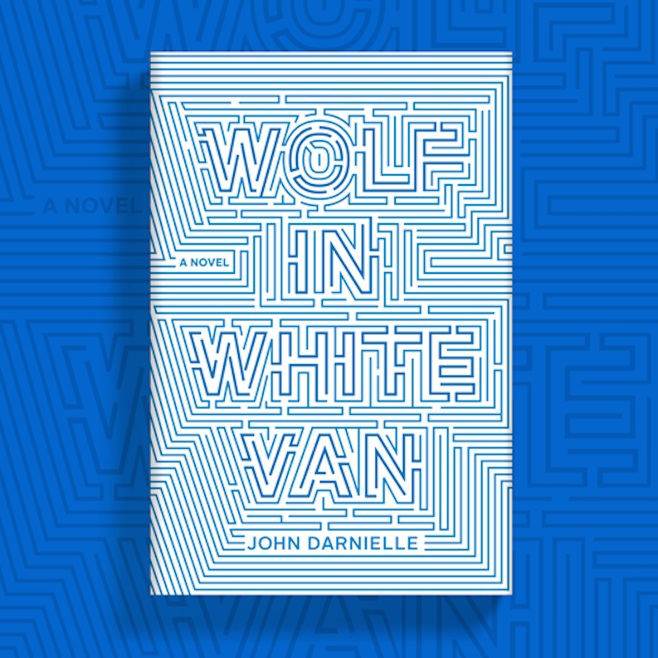 John Darnielle of The Mountain Goats will see his debut novel, Wolf in White Van, hit shelves on September 30th. Before he can even celebrate its release, however, he’s already received some very good news: The book has been nominated for a 2014 National Book Award.

Kind of can't believe I'm writing this: Wolf in White Van has been nominated for the National Book Award. http://t.co/ac9XAAlr42

Wolf in White Van is one of 10 nominees on the fiction long list. The list will then be cut in half and the finalist will be revealed on October 15th. A gala hosted by Daniel Handler (known by his nom de plume Lemony Snicket) will be held on November 19th to honor the winner.

You can find the full list of nominees in every category (fiction, nonfiction, poetry, young people’s literature) at the National Book website.

Below, listen to Darnielle reading the first 10 minutes of Wolf in White Van, plus read the official synopsis. Wolf in White Van is also the focus of our latest edition of Book Club, and you can read that discussion here.

Isolated by a disfiguring injury since the age of seventeen, Sean Phillips crafts imaginary worlds for strangers to play in. From his small apartment in southern California, he orchestrates fantastic adventures where possibilities, both dark and bright, open in the boundaries between the real and the imagined. As the creator of ‘Trace Italian’ —a text-based, role-playing game played through the mail—Sean guides players from around the world through his intricately imagined terrain, which they navigate and explore, turn by turn, seeking sanctuary in a ravaged, savage future America.

Lance and Carrie are high school students from Florida, and are explorers of the Trace. But when they take their play into the real world, disaster strikes, and Sean is called on to account for it. In the process, he is pulled back through time, tracing back toward the moment of his own self-inflicted departure from the world in which most people live.”