Kickstarter launched to re-record Run the Jewels’ new album using cat sounds, and El-P says he’ll do it if funded 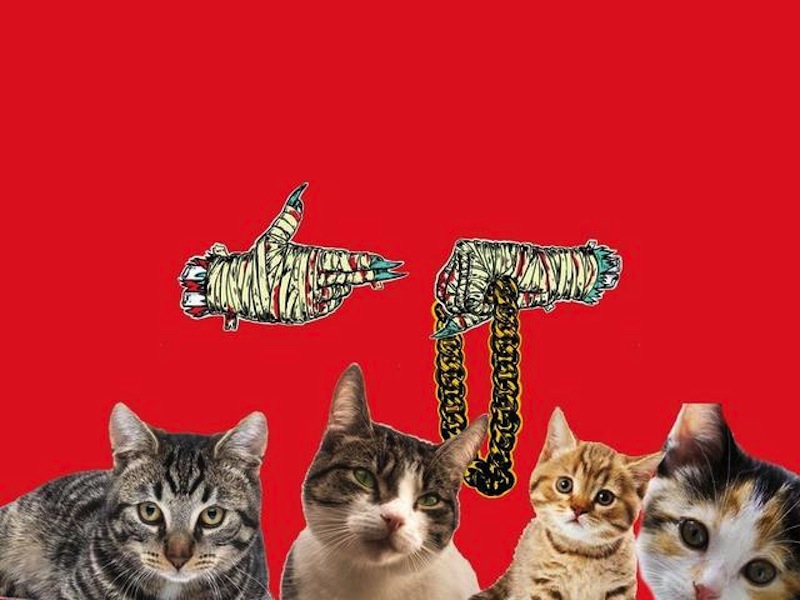 Run the Jewels (aka El-P and Killer Mike) have some pretty great deluxe pre-order packages available for their forthcoming sophomore team up, RTJ2. There’s the standard t-shirt and vinyl/CD bundles, of course, and then there’s the crazy s#!t like the $7,500 “I’m On The Fucking List, Asshole” package, which gets you all-access passes to any 10 RTJ shows. There’s also the $150,000 “We Are Gordon Ramsey Package,” in which you, El-P, and Killer Mike will force your way into a restaurant and try to get them to change their menu.

Most of these are surely for jest, but one fan wants to make the $40,000 “Meow the Jewels” package a real thing. A Kickstarter has been proposed to raise $45,100 (including Kickstarter and Amazon fees, plus rewards and shipping) so that Run the Jewels can re-record RTJ2 using all cat sounds instead of music. Yes, this was actually RTJ’s idea.

The rappers’ description for the proposed project says that, “You are free to profit from this album in any way you see fit up to 100k in net global profit or 3 years (whichever comes first),” but also warns that, “run the jewels reserves the right to take your money and not fulfill any of its obligations as outlined in any package priced at 35k or more.” That said, El-P posted about the Kickstarter on Facebook, promising, “if this gets funded i will make this album.”

The Kickstarter also promises that anything over the goal will be donated largely to “to the families of those who have lost their lives to police brutality this year,” with a smaller portion going to help neglected animals.

by the way if meow the jewels gets funded i will donate all money to charity. true story.

Just think of Zack de la Rocha — who guests on “Close Your Eyes (And Count to Fuck)” — rap/singing over a bunch of feline purrs, and you can understand why.