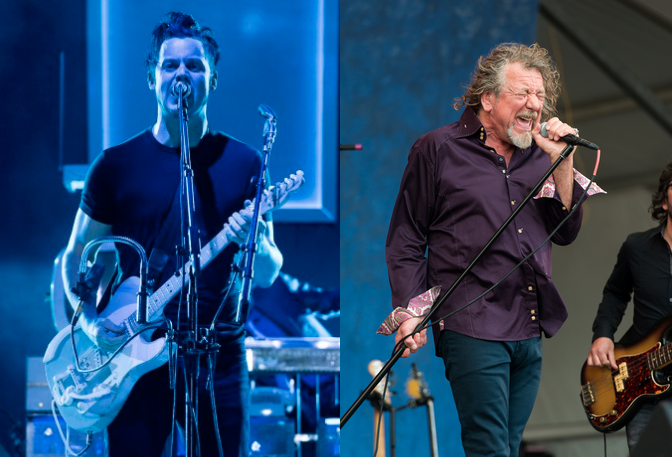 Jack White has worked with a number of famous rockers over the years, previously helming records for Neil Young, Wanda Jackson, and Jerry Lee Lewis, among others. The latest rock titan interested in teaming with White is none other than Led Zeppelin frontman Robert Plant.

In a Facebook chat promoting his new solo album, lullaby and… The Ceaseless Roar, Plant was asked whether he’d ever consider working with White. He replied, “I love Jack White’s buccaneer spirit, and the way he dodges through the musical horizons. I’d be happy to make a single with him.”

In fact, Plant said he hopes to lay down a track at White’s Third Man Records studio when he visits Nashville next week. “I’d like to do a track called ‘Love Me’ which was originally recorded by The Phantom,” Plant wrote. “I’m going to Nashville on Sunday and can do it on Monday morning! I’ve got lunch with Alison Krauss at 2pm and cocktails with Patty Griffin at 8pm.”

Unfortunately, as Rolling Stone notes, White will be out on the road that week, touring in support of his own solo LP, Lazaretto. However, both artists are set to play shows in Leeds, UK on November 17th, so maybe they can meet up then. Anyone know a good recording studio there?