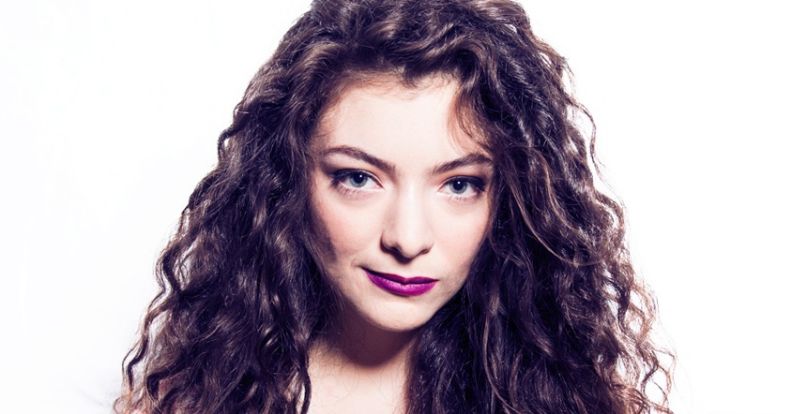 Lorde returns today with her first new single since the release of Pure Heroine. Entitled “Yellow Flicker Beat”, the song was written specifically for the soundtrack to The Hunger Games: Mockingjay – Part 1.

Produced by Paul Epworth (Adele, Paul McCartney), it’s an entrancing number that sees Lorde’s amorphous croon at perhaps its most haunting and confident. “I’m a princess cut from marble, smoother than a storm/ And the scars that mark my body/ They’re silver and gold,” she sings solemnly, as though casting a spell. Despite the initial atmospherics, however, she proves that she hasn’t forgotten the beat-heavy pop arrangements of her debut; the latter half of the track is peppered with bursts of energy and, yes, “flickering beats.”

Update: Lorde has written a Tumblr post about the track and the one-year anniversary of Pure Heroine.

i’m sitting up in bed, moving through desert halfway between utah and las vegas. yesterday was our ninth show in eleven days. every night, after i play, and say hi, and take pictures, and i walk up the stairs and we go on our way, i set up in this little bed office. i work from midnight until late on the soundtrack, singing into my computer, listening to demos and final mixes. my bus sleeps. we are almost at the end, the point where this soundtrack gets taken away from me and becomes something real. i’m reminded of this day last year, when pure heroine came out in this country. the feeling of something very solitary that i had worked on spinning around and around further away from me, becoming someone else’s, everyone’s. the past year of my life has seen everything around me multiply in size and number – the stamps on my passport, the number of people i have to ask before i ride on the ferris wheel after my set at a festival, the decibels that follow me when i walk around in public. the other thing that’s grown is me – my fitness, my mental stamina, my ability to think clearly and make decisions – but most of all, my capacity for love. the thousands upon thousands (wait, millions(?!!)) of you who bought pure heroine truly feel like friends to me – it’s no coincidence i’m posting this note here, where i feel the most happy and safe online, the place where i laugh the most and where every day, i feel like people get me. i never knew i could feel such a warm heart for this many people at once. thankyou for hearing about me all those months ago, and sticking around. thankyou for being here.
now, about this song – yellow flicker beat. it’s my first offering from what i hope will be a soundtrack you love. it’s my attempt at getting inside her head, katniss’. i hope you like it.

Lorde was also charged with curating the rest of the artists appearing on the soundtrack, though she’s kept the names of those contributors close to the vest thus far. The Hunger Games: Mockingjay – Part 1 is set to hit theaters on November 21st.