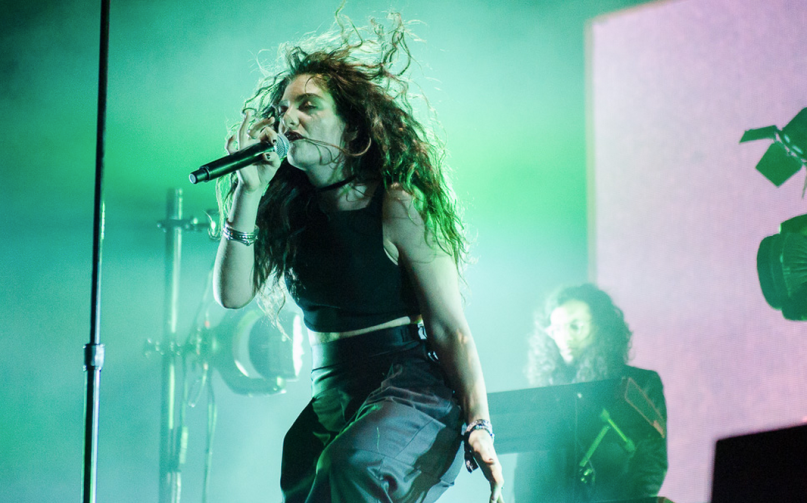 Today marks the one-year anniversary of the release of Pure Heroine, the chart-smashing, pop-revitalizing debut album from teen singing sensation Lorde. Oh, and what a year it’s been, with the New Zealand native taking off right in front of our very eyes. What was once an oddly-dressed, slightly awkward girl making really intense pop songs about topics far beyond her age has quite literally blossomed into a proud and confident diva.

She’s working with Kanye West, embarking on highly-anticipated world tours, winning throngs of awards (including a rather perplexing VMA for Best Rock Video), continually breaking sales records, and generally serving as a great role model for how to properly move about the truly lethal music industry. Though she once stood in the shadows of the tennis court, career bumps like curating the latest installment of the Hunger Games soundtrack have put her at the head of the class.

It’s sort of like watching your baby sister walk into high school, turning your back for a few seconds, and then seeing her as prom queen and dating the star QB. It shouldn’t be surprising, though, as the kid had endless talent before everyone fully caught on. Case in point: Someone’s stripped down her smash single “Royals”, shucking off the pop glitz and electro grooves to leave only her dazzling vocals.

Those pipes tell a rather intriguing story, one of a singer straddling clear aesthetic lines, and of a voice that is both romantic and playful, yet purveying a deep sense of longing and darkness. It’s as if there’s two people singing simultaneously: a young girl burning with hope and romance and the brooding subconscious who’s seen the world and knows better. That kind of dichotomy makes for really compelling pop music, lithe danceable tunes that still drip with an appropriate depth and cynicism. There’re other tracks on Pure Heroine that display Lorde’s technical prowess, but none quite so effectively encapsulate Lorde both as she was and the person she’s since grown to become.