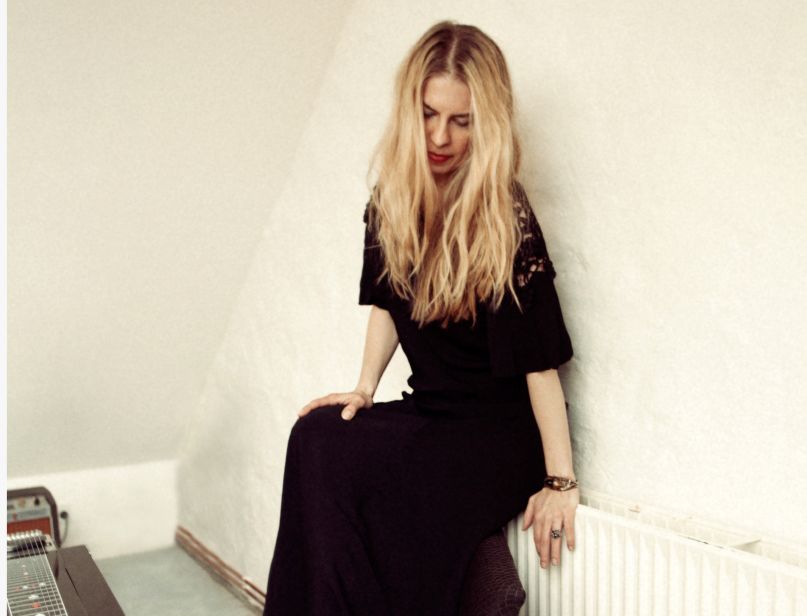 Hailing from Copenhagen, Denmark, singer and pedal steel guitarist Maggie Bjorklund has only been active in music for just a few years. In that short time, however, she’s made some famous friends, having toured with the likes of Jack White (she also played on Lazaretto), X’s John Doe and Exene Cervenka, and Howard Gelb. In turn, she recruited some equally big names for her 2011 debut, Coming Home, namely Mark Lanegan and members of both Calexico and the Posies.

Bjorklund once again turned to her sizable Rolodex when it came to to begin work on her sophomore album, Shaken, due out October 14th via Bloodshot Records. The 11-track effort includes cameos from drummer John Convertino (Calexico), Portishead bassist Jim Barr, guitarist John Parish (a frequent PJ Harvey and Sparklehorse collaborator), and many more.

Shaken was written and recorded during a particularly turbulent time in Bjorklund’s life. “My mother died. I wrote a big part of the material while going to the hospital every day and helping her on her last road to the end. Watching a human wither and die is one of the strongest things I have witnessed. That little gap between the life before and the life after this event, happened by chance to be the exact time of this album taking shape. That moment holds some fundamental truths if we dare to explore them. I chose to stay with it and let it happen.”

According to a press release, the resulting LP is “full of potent memories and emotional outpouring, as translated into the warm but dark sonic textures. Much of the music here – whether instrumental or with vocals – flows like lucid dreams, with the listener visualizing the scenery via detailed aural talisman. Shaken takes its shape from that magic that is created when a group of musicians play together and collectively interpret a singular vision, which in this case, was mending a grieving heart.”

One of the album’s many guest stars appears on its lead single, as Lambchop frontman Kurt Wagner lends his vocal talents to “Fro Fro Heart”. Alternating lead, Bjorklund and Wagner’s distinctive croons work well together when juxtaposed; the more lithe tones Bjorklund serve as a great balance to the bass-laden and brooding notes Wagner achieves. Where they meet, though, generates a profound sense of longing and mourning, further heightened by the dusty organ and deliberate guitars waltzing in the background.