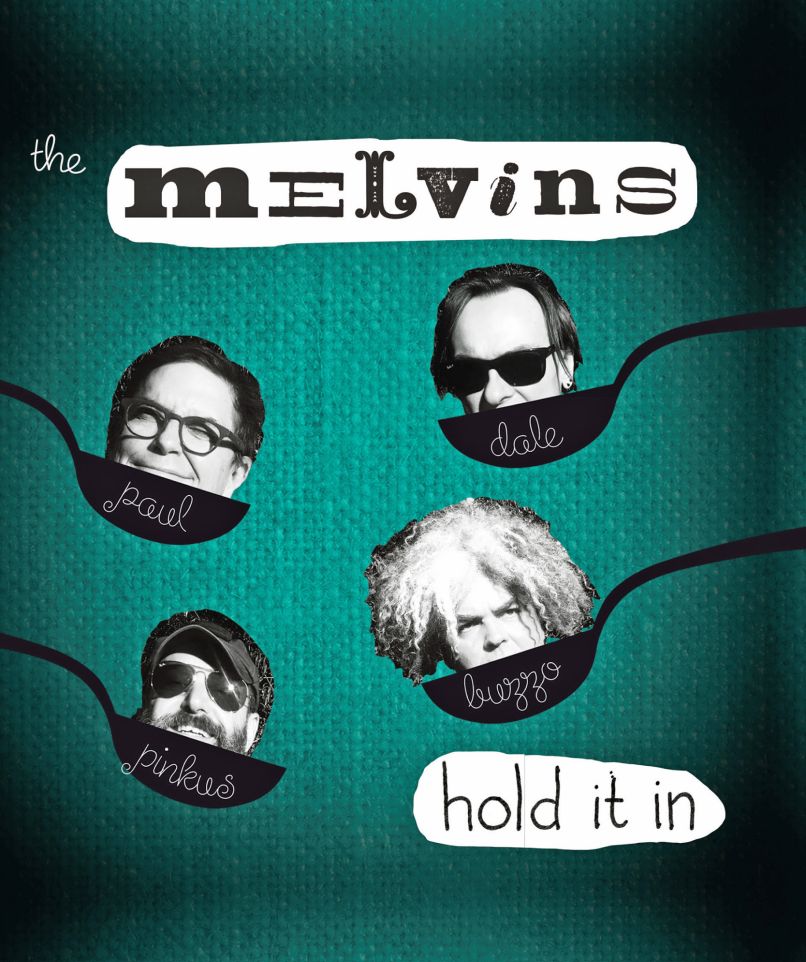 As previously reported, sludge rockers Melvins recruited Butthole Surfers guitarist Paul Leary and bassist J.D. Pinkus to join them in recording their upcoming 23rd studio album, Hold It In. Already, the one-off supergroup has previewed the October 14th release with the country-fried “Brass Cupcake” and the voluminous “Bride of Crankenstein”.

Today, they unveil another of the album’s 12 tracks with the — um, delightfully titled “Sesame Street Meat”. Here, the four-piece achieve the apex of Melvins’ particular brand of visceral, deeply nihilistic sludge metal. Guitars smash and wail like blown-out power tools, drums plod along with the grace of some Godzilla nemesis, and Buzz Osborne croons like some mid-level demon in an Elvis Presley cover band. It’s dark, menacing, and totally frightening; and, yes, it will totally make you think of Snuffleupagus being torn apart by rabid wolves.

“This track is one of the first songs we recorded together,” drummer Dale Crover told The Quietus. “I love Jeff’s slinky little bass line that comes in around the 3rd measure! Then the whole band kicks in and just crushes you like a bug! One of my faves! I can’t wait to play it live!”

In support of Hold It In, the trio of Osborne, Crover, and Pinkus will embark on a US tour in October. Consult their full schedule here.

Previous Story
Hurray for the Riff Raff shares new song “Everybody Knows (for Trayvon Martin)” — listen
Next Story
Blitzen Trapper covers Ryan Adams’ “To Be Young (Is To Be Sad, Is To Be High)” — listen
Popular
More Stories
[fu-upload-form form_layout="media" title="Submit Your Photo"][input type="hidden" name="ugc" value="1"][/fu-upload-form]