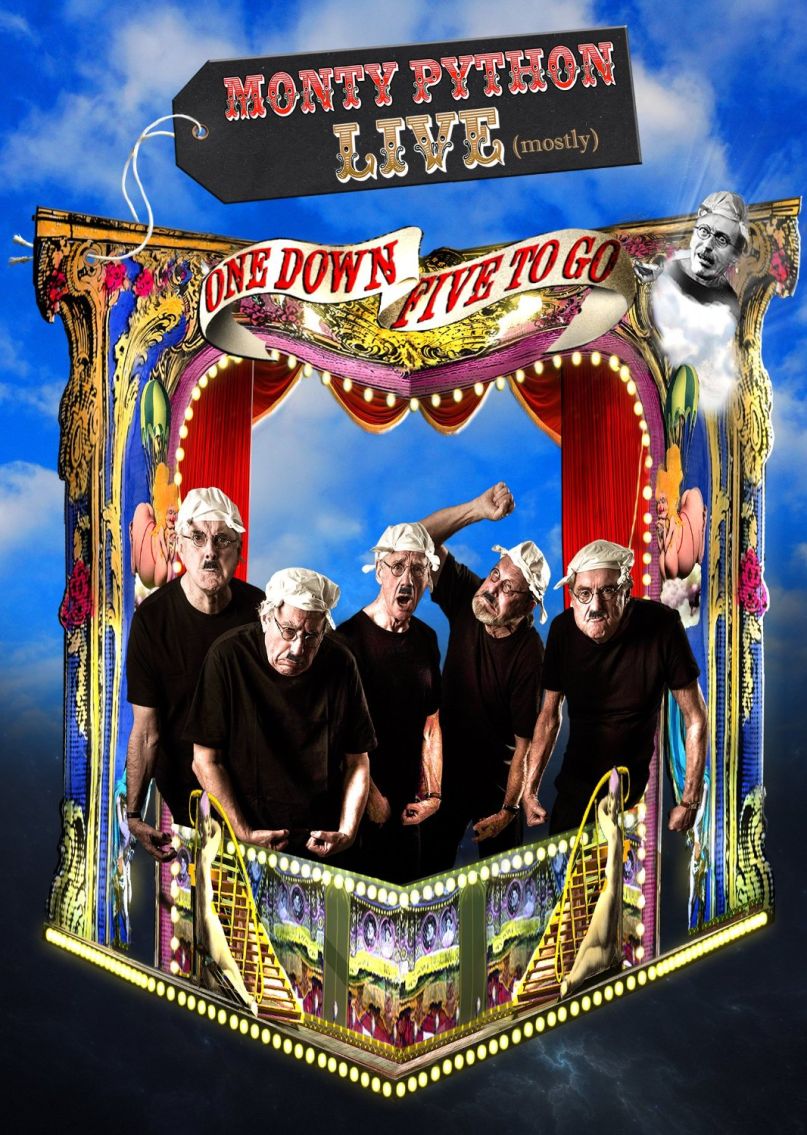 In July, the surviving members Monty Python reunited for a series of live performances at London’s O2 Arena, marking their first time together onstage in 15 years. Those shows will soon be immortalized on DVD and Blu-ray, as Eagle Rock Entertainment has announced the November 11th release of Monty Python Live (mostly) – One Down Five to Go.

The film documents the troupe’s July 20th performance at the O2 Arena, which marked the final night of their sold-out 10-night run. It was filmed in high definition and will be simultaneously released on DVD, Blu-ray, and digital video.

Below, watch fan-shot video of Monty Python performing “Always Look on the Bright Side of Life” during the final night of their O2 residency.