Queens of the Stone Age to reunite with Nick Oliveri 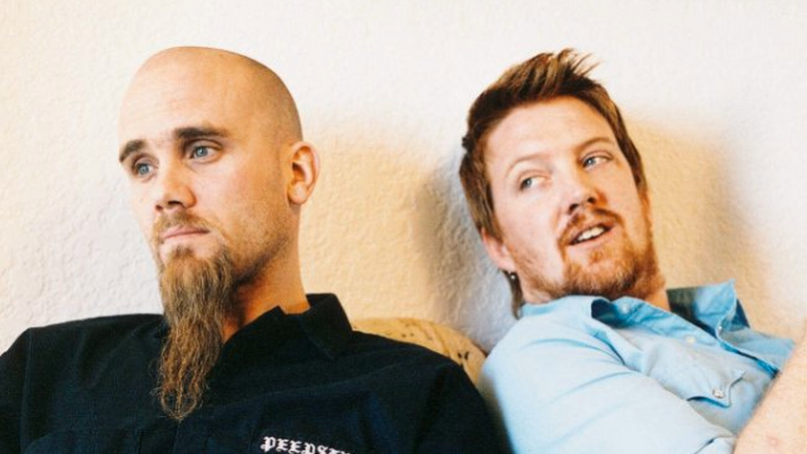 Bassist Nick Oliveri appears set to reunite with Queens of the Stone Age. In a new interview with NME, Oliveri revealed that he’s been asked to perform with the band during their upcoming Halloween Show in Los Angeles. Oliveri will also serve as one of the evening’s opening acts.

“[Queens frontman] Josh [Homme] asked me to come up and do six songs with Queens, like an encore set,” Oliveri explained. “A reunion, but not a reunion. I’m going to get up and play some bass and sing some songs at the end of the show. It should be an interesting night.”

Amid growing inner-band drama, Oliveri was unceremoniously fired from QOTSA in 2004. However, in recent years, he and Homme have rekindled their relationship. Homme appeared a track from Oliveri’s Mondo Genrator project, and Oliveri returned the favor by guesting on Queens of the Stone Age’s latest effort, …Like Clockwork. In April, Oliveri made a surprise appearance at QOTSA’s concert in Portland, joining the band for their performance of “You Think I Ain’t Worth A Dollar, But I Feel Like A Millionaire”.

Asked if he’d consider returning to QOTSA as a full-time member, Oliveri responded:

That’s pretty much up to Josh. It’s his band, and when he pulls the trigger on something, it’s up to him. I put myself out there a few different times in the past 10 years at Queens shows. I’d go and see them play and say, ‘Hey man, I’m here! Do you want me to sing a song?’ I stopped asking him after a while, and then he asked me! It’s pretty much just when he wants to do something, these days. It’s not up to me, is what I’m saying.

I always put myself out there, and so finally he came up with this Halloween date. First he asked for my band to open up, and I said yeah. Then he got back to me and said: ‘At the end, do you want to do some of the old songs?’ I was like, ‘Sure man! Let’s do it!’ It should be a very fun and interesting night.

Below, watch footage of Oliveri and QOTSA performing together in April.