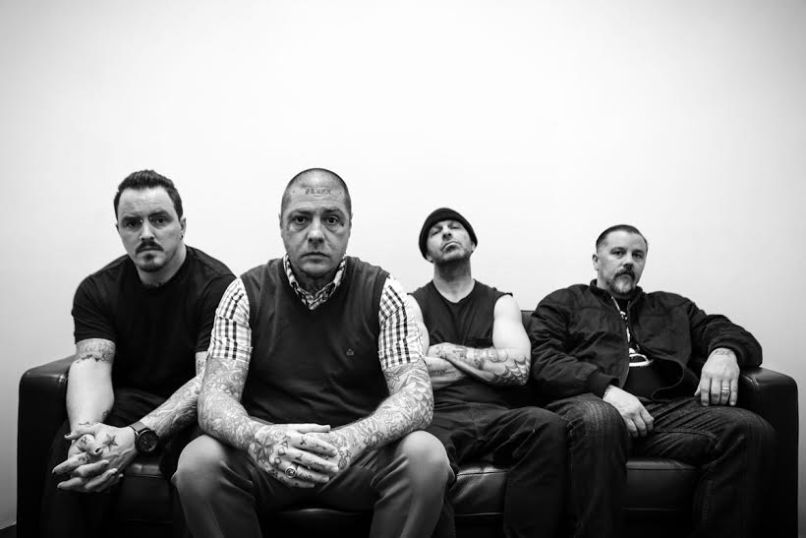 Punk icons Rancid will release their first album in five years on October 27th via Hellcat Records. Entitled Honor Is All We Know, the 14-track effort serves as the follow-up to 2009’s Let the Dominoes Fall.

Rancid’s eighth studio album overall, Honor Is All We Know was produced by Bad Religion member Brett Gurewtiz, who is not only the band’s former boss at Epitaph Records but also contributed to each of their previous seven LPs to some degree. The collective recorded in Los Angeles at both the Red Star Studios and The Boat, a refurbished double-decker house boat owned by Flea.

According to a press release, “Honor Is All We Know is unique in that it is filled with growing insight of a band who has been doing this for a while now: It feels natural and organic, written without an agenda or bone to pick, rather the culmination of lives lived largely with a keen interest in the world and a sense of brotherhood.”

As our first taste, Rancid has shared a performance-centric video featuring three album tracks. “Collision Course” is a big, rollicking punk anthem that moves at 150 mph; the title track is a slightly more upbeat, almost danceable tune highlighted by Rancid’s trademark anthemic choruses; and “Evil’s My Friend” returns with gusto to the jangly ska undertones of 2003’s Indestructible. After all these hard-lived years, and even a rather significant break, Rancid stick to their formula of great licks and hooks and endless, sneering attitude.