Strand of Oaks covers Asia’s “Heat of the Moment” — watch 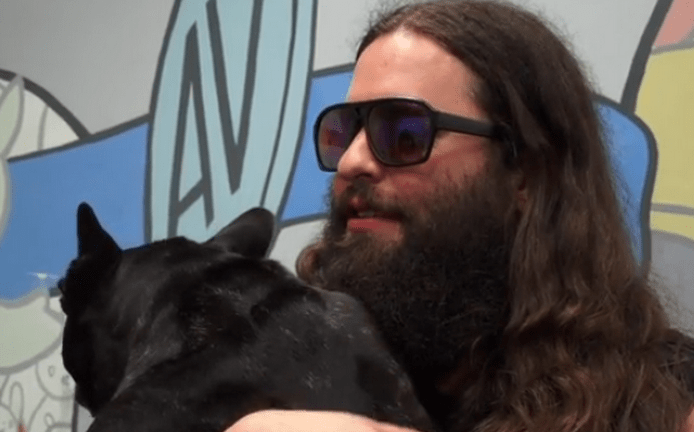 On Monday, singer-songwriter Timothy Showalter, aka Strand of Oaks, unveiled a cover of The National’s “Pink Rabbits”, explaining the Trouble Will Find Me highlight gave him a sense of personal catharsis in his own writing/recording. The result was deeply moving and totally poignant, a stirring ditty that could have easily made his own album, HEAL. Now, for his second cover of the week, Showalter lightens things up a bit by tackling Asia’s 1982 single “Heat of the Moment” for A.V. Club’s Undercover series.

So, why choose the soft rock ballad to beat all soft rock ballads? “I live in the heat of the moment,” Showalter quipped, before admitting his French Bulldog is the band’s biggest admirer. The slightly slower, more deliberate performance stripped the original of its radio-rock core and turned it into something resembling a Lou Reed slow-burner. Not that you’d be able to discern any sorrow from Showalter, whose exaggerated hand gestures and general demeanor showed he was having a grand ol’ time. Really, that’s what covering Asia should be about: letting lose, embracing the overt cheesiness, and channeling your inner rock diva.