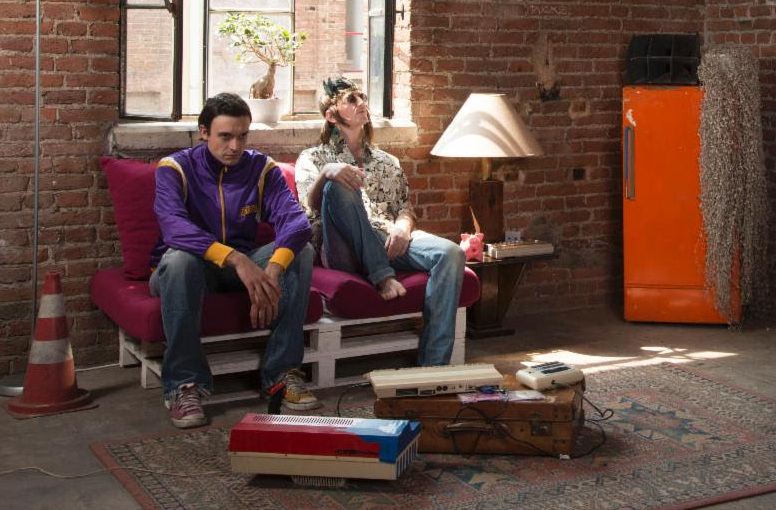 Turin-based experimental pop duo Niagara will release their sophomore album, Don’t Take It Personally, on September 9th via Monotreme Records. In anticipation, the album is streaming in full below.

Niagara is comprised of musicians/producers David Tomat and Gabriele Ottino, both of whom have been members of the Italian rock band N.A.M.B. and the improvisational outfit Gemini Excerpt. (Tomat also records under his surname, while Ottino has also played with Milena Lovesick.)

Together, the duo inject elements of electronic, psychedelic, Eastern, and EDM into the more standard structures of Western pop music. Their nuanced approach has yielded an EP back in 2012 and last year’s full-length Otto, both of which maintained an impressive balance between Avant garde experimentalism and sheer infectious grooves.

For album No. 2, Tomat and Ottino spent last fall in Berlin alongside friend and producer Claudio Tortorici. For sessions, the pair were joined by a bevy of longtime friends and collaborators, including drummer Paolo Scapazzoni and violinist Davide Arneodo. According to a press release, the resulting 10-track album is about “the ongoing struggle to balance our desire to develop and exploit technology against the need to make technology more sympathetic to nature.”

The whole notion of our ever-evolving relationship with technology is throughout the album: in the subdued confrontation between heavily vocodered and deeply organic vocals on “Bloom”; how “Laes” gradually transforms from minimalist folk to a surging electropop in an efficient five minutes; and the way looped guitars and rattling percussion somehow make the harmonies of “China Eclipse” feel all that alive with boundless chaos.

But even without the overarching concept, Don’t Take It Personally is a thrilling effort, one whose staggering mixture of sounds and culture is only slightly less impressive than the overwhelming emotion and spirituality that permeates each track.