Film Review: Take Me to the River 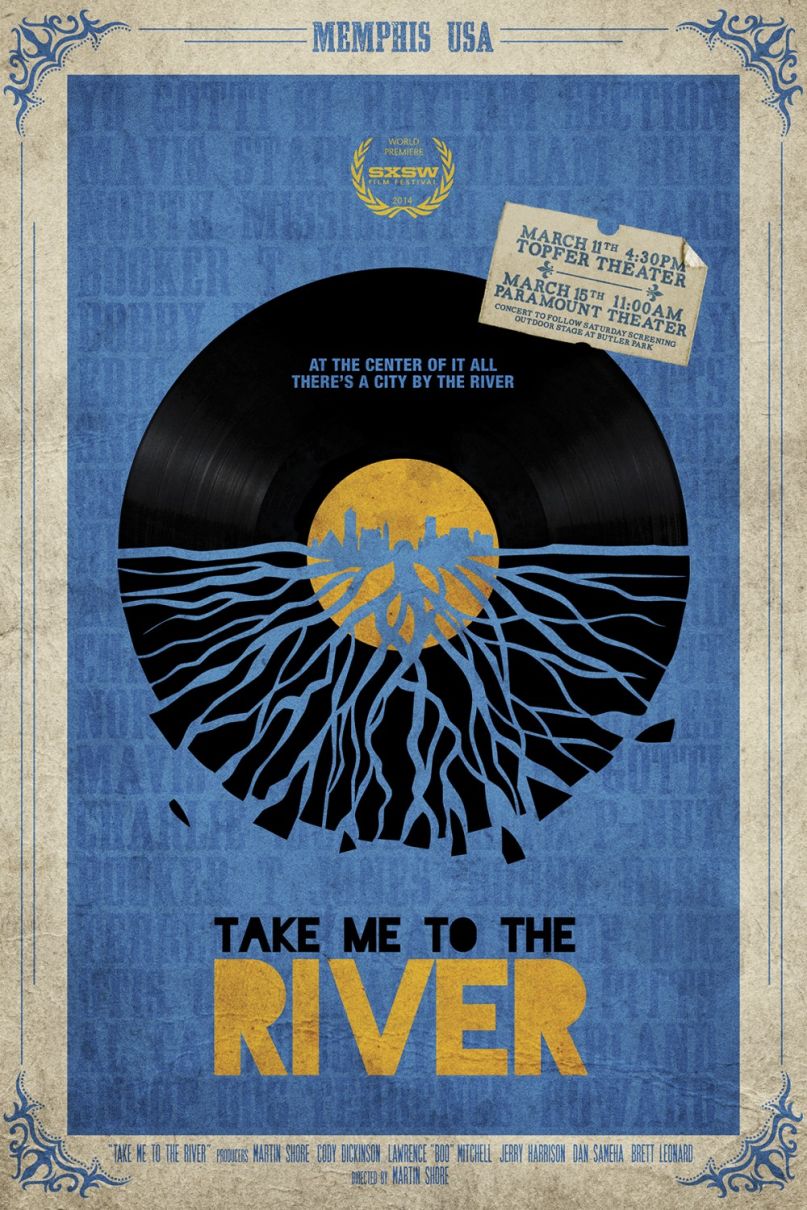 The damnedest thing happened after screening this movie: every single song left my head.

Take Me to the River is a collection of country soul songs performed by Memphis mainstays and the modern musicians indebted to their sound. The movie’s meant to chronicle the making of a big album, yet the album is just the soundtrack for the movie? This ouroboros of river-bound messages in a bottle looks to capture the essence of the Memphis sound. It’s loaded with tons of down-South songs, yet nothing sticks or comes to mind more than 10 minutes after it arrives. How, when it’s such a distinct place and mode of music? Well, it’s because Take Me to the River commits one of the biggest sins a movie about music can make – it doesn’t let the songs play.

There’s tons of music and footage of musicians in studios recording, but it feels like everybody involved just comments on how good their music is, right in the middle of the songs. We don’t get to hear Snoop Lion (née Dogg) and the Stax Music Academy in their entirety, but the song is played as background music to people pitching, producing, and reminiscin’ ‘bout the good ‘ol days. James Murphy was right. Shut up and play the hits.

This doc’s too big for its britches. Loaded with dozens of talking heads, cameos, epitaphs, sound bites, soul, studio time, stock footage, and Terrence Howard’s nasal narration, all the parts add up to a noisy sum. Take Me to the River is a good-spirited but patchy documentary, less about dropping beats and more about dropping names. We learn about the Memphis music scene and Stax Records in the 1960s, their influence, and the tumultuous period the music came from. So why does this feel like a teaser for better stories, bigger names, and bolder music?

It’s meant to be a companion piece to an album, but it just comes across as a self-congratulatory EPK. A tie-in. Liner notes for an album. A bonus feature on an enhanced CD. A featurette extended to feature length.

Martin Shore has the right material but makes so many wrong moves in this sugar-coated chronicle. The movie begins by promising to show the development of a landmark album, meant to showcase the passing of batons between old and young musicians. The doc goes from recording session to interview to remembrance, bullet pointed with gold-shadowed, caps lock fonts to point out each new head or haunt. Music is recorded. Public domain footage is shown. Studio session mainstays reflect about all the cool people they played with. The music fades, but if there’s one thing this doc has going for it, Mavis Staples shows up as the grand voice of the sound and era … for 10 minutes, tops.

There’s something deeply wrong when you realize that for all the talk about Isaac Hayes, Wilson Pickett, Civil Rights, and the true meaning of “Hold On, I’m Coming,” (apparently the song name was an inside joke on going to the bathroom), none of it is told well. Take Me to the River can’t seem to focus on a central sound or idea. Nothing is allowed to linger or stand on its own. Maybe a three-hour sprawl would’ve been nicer than cozy producers clapping their hands during recordings? There’s no wit or depth to be found in this sound.

Consider the movie’s depiction of Bobby “Blue” Bland. He’s from the old guard of Memphis music. A really cool, faded voice, now in a wheelchair, who’s asked to sing a cover of “Ain’t No Sunshine” with Yo Gotti. It’s a neat idea, except Take Me to the River doesn’t even give him the courtesy of letting his song be heard in full. His session is filled with inserts of music producer Cody Dickinson clapping and shouting “yes!” Cody Dickinson ruins the song. The young producer feels tense, disingenuous in his inarticulate regard for the music, and you begin to wonder where the footage is of him becoming impatient with the elder Bland. It’s not the right way to construct that scene. Then, the second the song is done, a faded image of Bland brings this:

HIS LEGACY WILL NEVER BE FORGOTTEN

You just don’t plan something this tactless. Who knew you could depict death this gracelessly? Just hard-cut to a black-and-white photo, pause, briefly, then get back to the other stuff. And Bland’s is just one of a bevy of musicians who passed during filming that Take Me to the River covers abruptly. Spın̈al Tap handled musician mortality with more subtlety.