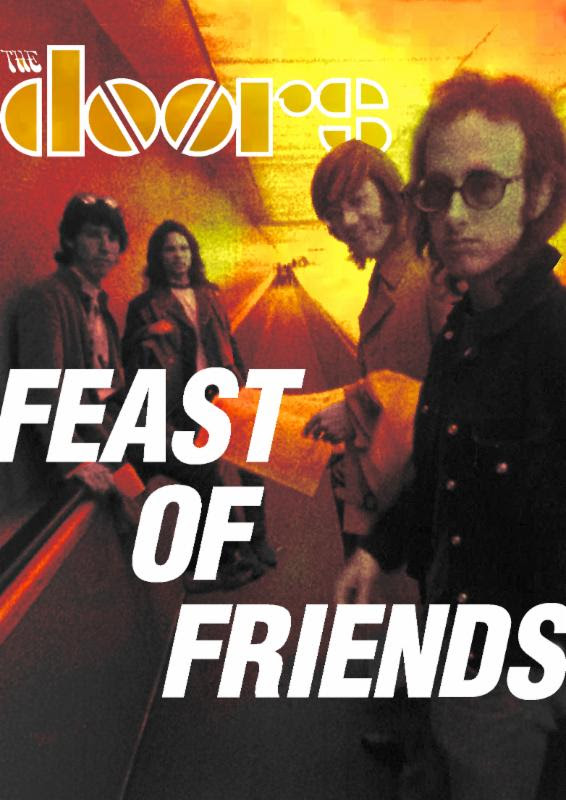 The Doors’ 1968 self-produced documentary film, Feast of Friends, will finally receive a wide release some 46 years after its initial debut. Only previously available as poor-quality bootlegs, the remastered film will be available as a DVD and Blu-ray beginning November 11th.

According to a press release, the film is the “first and only film produced about The Doors, by The Doors,” with the band fronting their own money for production costs. Directed by then-unknown filmmaker Paul Ferrara (who also shot many of the band’s iconic promotional pictures as well as the cover to Waiting for the Sun), the footage shot for this film “would become the well from which the majority of future documentaries and music videos about the band would draw,” including 2009’s When You’re Strange. The film premiered at several festivals around 1969/1970 before being shelved due to frontman Jim Morrison’s ongoing legal issues.

According to several fan-circulated reports, the source of the bootlegs may very well have been Morrison himself. After the film was shelved, he carried it with him, apparently in a paper bag, when he moved to Paris in 1971. Morrison left the footage at a friend’s house, and when he passed away in July of that year, it began to circulate throughout various circles of fans before making its way online in recent years.

The press releases adds that the film offers a “cinematic look at The Doors on the road during their summer ’68 tour. The film provides a stylistic approach in true 60’s cinéma vérité style. It’s comprised of concert performances which are intercut with fly-on-the-wall footage of the group in their natural habitat — playful, sensitive, chaotic and touching. This is a chaotic yet gentle picture of the humanistic side of The Doors seldom captured by anyone — at that time or since.” Feast of Friends has since been color-corrected and mastered in high definition, with long-time Doors co-producer/engineer Bruce Botnick remastering and remixing the soundtrack.

In addition to the film itself, the bundle include three bonus features:

— The newly-produced Feast of Friends: Encore, a “complimentary piece that provides a deeper look into the life of the band during this period as they tour, record, travel and even vacation together.” Includes recording sessions for “Wild Child”, a newly-unearthed backstage solo by Robby Krieger, a never-before-seen altercation with photographer Richard Avedon, and other “slice of life” footage featuring the entire band.

— The 1968 British documentary The Doors Are Open. Originally aired on December 17th, it focuses on the band’s show at London’s Roundhouse immediately following the completion of Feast of Friends. This mini-doc intersperses the band’s music with “intense scenes from the Vietnam War, political leaders, and riots back in the States. The Doors Are Open highlights the political relevance of The Doors’ opinionated lyrics and iconic sound while giving context to the tumultuous times in which they were living.” Though released before, it has since been remastered by Botnick as well.

— The End is a special performance of the titular track for The O’Keefe Centre Presents: The Rock Scene – Like It Is back in October 1967. (It later aired in the US in 1970 as part of a musical program called The Now Explosion.) The piece also features supplemental interviews with John Densmore, Krieger, Ray Manzarek, and longtime Doors collaborator Danny Sugerman. As the press release notes, this is often heralded by fans as perhaps the band’s finest recorded live show.

Below, watch the film’s trailer.